We travel to Penrith to take on the Panthers this Sunday. Here are five things we are looking forward to!

Nick Cotric knows how to find the try line and with 27 tries in 43 appearances, it shouldn't come as a surprise that he has scored plenty of tries against the Panthers too.

In his three matches against the Panthers, Cotric has crossed the line on four occasions.

Having played fullback on three occasions in his career, the 19-year-old has impressed but hasn't scored a try. If named in the position again for this weekend, he could well open his account.

At the conclusion of this weekend's match, we would have played the Panthers the most out of any club in the competition with 75 games.

A win would see the record between the sides all square as we currently have 36 wins to Penrith's 37 with two draws in the mix.

Even the points for and against in these fixtures are close as we've scored an extra 12 points to bring our tally against the Panthers to 1,548.

End of the Road Trips

It's been a long stint on the road with only one home game since the start of June and three consecutive away trips.

However, with the last of these consecutive trips this weekend, it's important to gather momentum as we head into three straight home games.

With the Raiders Choc-Mint Milk Member Edition being released yesterday, we take on the OAK Penrith Panthers in a mouthwatering battle.

Raiders members who opted in for the campaign will find their name and member number on Raiders Choc-Mint milk bottles across Canberra.

Nothing beats spending a Sunday afternoon at the footy and this weekend we travel to Penrith to take on the Panthers.

The family-friendly timeslot was friendly to the Raiders last time as we claimed an impressive win against the Wests Tigers in Round 15. 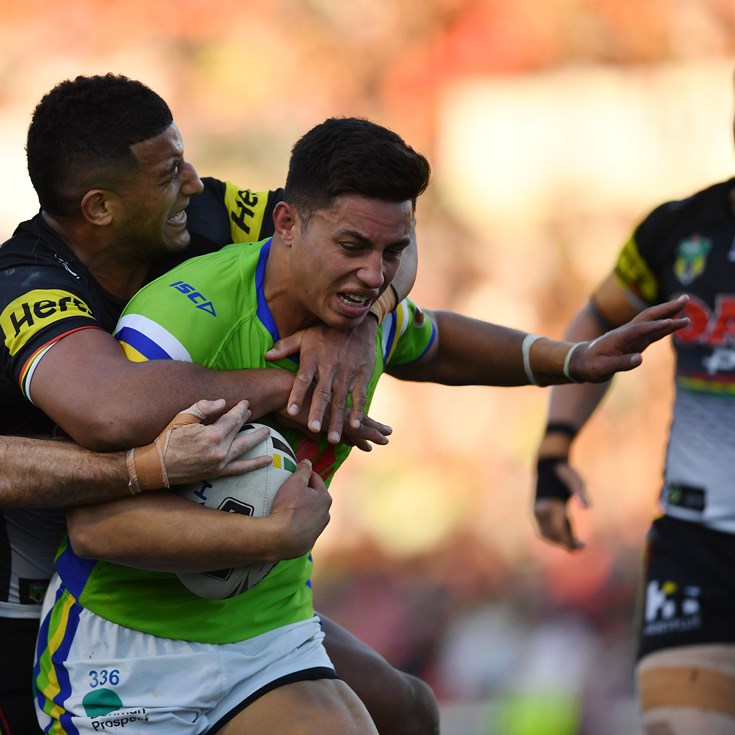 Vote Now: Man of the Match Round 21