A double from Charnze Nicoll-Klokstad saw the Canberra Raiders win their first home game at GIO Stadium against the Newcastle Knights on Friday night.

Ricky Stuart’s men held tight in the last half to secure a much needed win over the Knights.

A scrum of a dropped ball from Shaun Kenny-Dowall inside the Knights ten nearly saw forward Ryan Sutton score the first try of the game but was called a knock on by the video referee in the sixth minute. This was the same result for half Sam Williams in the tenth minute when his try was also disallowed.

After a 40 metre line break from second rower John Bateman allowed for the Raiders to set up in the Knights half, hooker Josh Hodgson sent grubber under the posts led to fullback Charnze Nicoll-Klokstad to secure his first try for the Raiders, the conversion from Jarrod Croker was successful.

The Knights finally broke through the Raiders when centre Jesse Ramien had a 50 metre line break to score on the right side of the field in the 42nd minute, the conversion from Kayln Ponga was unsuccessful.

Raiders half Jack Wighton set up the Green Machine in the Knights half with a chase down on the kick allowing a new set leading to an agile Williams to score a try in the 47th minute with a successful conversion from Croker.

The Raiders defence proving solid as they go into the sheds with a 12-4 lead over the Knights.

The rain started pouring down as the second half opened up with the Raiders coming out with more strong defensive sets and a kick to the right corner from Williams leading to a forced drop out.

Forced errors and multiple penalties from the Knights set the Raiders up in an attacking position but was no match for Nicoll-Klokstad when he scored his second try of the night after weaving his way through to the try line in the 63rd minute with Croker missing to the left for the unsuccessful conversion.

The knights tighten the score in the 65th minute when Kenny-Dowell went in for his first try on the right side on the field and a successful conversion from Ponga.

As the Knights looked to go left to former Raiders player Edrick Lee, debutant Hudson Young came up with a try-saving tackle to force Lee into touch before Canberra took the momentum and Williams sealed the result with a field goal. 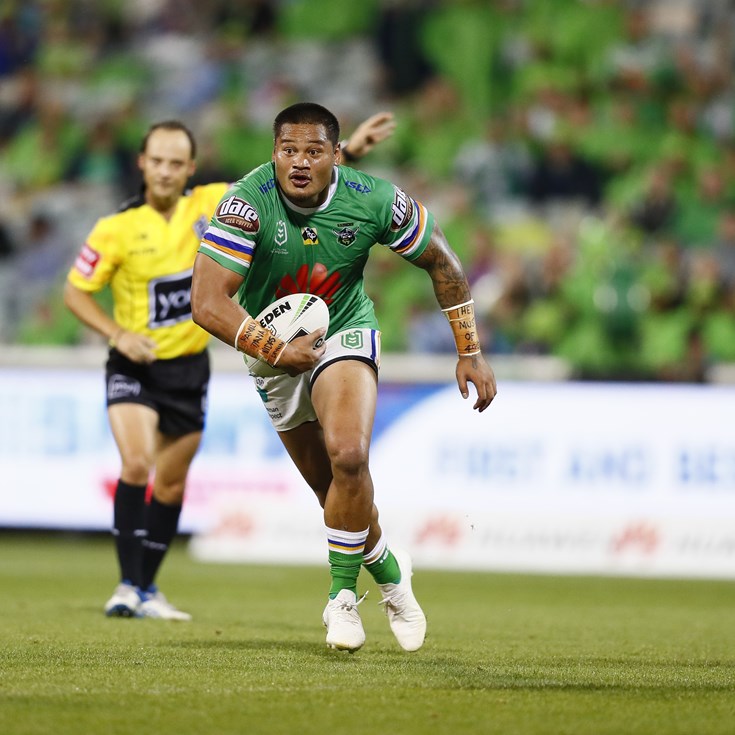