After suffering their first loss in a month, and a controversial one at that with the 12-10 loss to the Dragons, Manly will be in no mood to give the Raiders an easy time at Lottoland on Sunday.

The Sea Eagles won this corresponding match at home last year 32-16 with Tom Trbojevic in devastating form scoring a try but setting up four others. He won't be at Lottoland this time and Canberra is a far different proposition 12 months on.

Ricky Stuart's men have found their groove and have been sitting in the top-four since 2019 began.

The Raiders have the best possession rate in the NRL and have the fourth-lowest number of errors. They have also had two whitewashes - or held two teams scoreless (Titans, Eels) - in their opening five rounds.

Sea Eagles: Kane Elgey is out of the Manly side, with Lachlan Croker (No.20) to start at five-eighth. Along with Elgey, Kelepi Tanginoa was the other player omitted 60 minutes before kick-off. Sam Smith and Taniela Paseka were cut from the reserves on Saturday. Manly have a 3-3 record.

Raiders: Canberra will start 1-17 after Bailey Simonsson and Hudson Young were the two left out an hour before game time. In-form fullback Charnze Nicoll-Klokstad will play despite suffering a knee injury against the Broncos. Aidan Sezer and Junior Collins were trimmed from the reserves on Saturday.

Hookers Josh Hodgson and Api Koroisau lie close to each other in the number of dummy-half runs so whoever gets the upper hand on Sunday could be an indicator of which side wins. While Hodgson kicks in positional play more often, Koroisau has a slightly better tackle efficiency rate of 90% compared with the Englishman's 87%.

For the Sea Eagles to win

Keep feeding the ball to their backline. Canberra's back five have scored 14 tries, or double that of Manly's back  (7). Goal-kicking centre Jarrod Croker is third in the NRL's leading points scorer tally and already has three tries to his name.

Both sides are grinding out wins. Manly were great against the Dragons. Dessie is getting his players going at the best of their ability. Leilua and Rapana are the ones Manly need to watch – I don’t know if you can stop them if they flick the switch. The mobile forward pack the Raiders have is working great – Ricky has brought in tough players and they are going very well. Raiders by 4

The Sea Eagles have only played two of their opening six rounds at Lottoland, and have a 1-1 record there at 'The Fortress'. They will be eager to get more wins on the ledger in front of their home fans. The Raiders have a perfect away record so far 2-0 after wins on the Gold Coast and in Townsville.

Cherry-Evans might have stolen the show with a 40-metre shot to break the Rabbitohs spirits 13-12 the last time the Sea Eagles were at Lottoland, but the Raiders lead the NRL in field goals - with three. So if it comes down to another shoot-out the Green Machine has the ammunition. 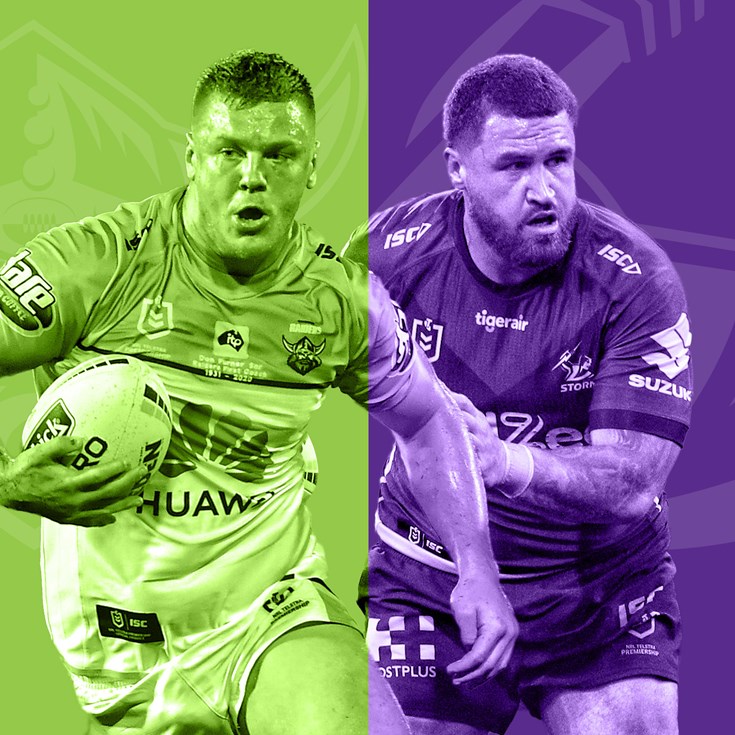 Young Raiders to step up in Soliola's absence

Sponsored By Denman Prospect 6 days ago