A cold Saturday night at GIO saw a heated thriller with the South Sydney Rabbitohs defeating the Canberra Raiders 16-12 in front of 16,965.

With Canberra conceding the first two penalties of the game, South Sydney was on the board early with a successful penalty shot from Adam Reynolds.

A crowding penalty from Sam Burgess gives the Raiders another two points with a successful conversion from Croker.

Croker puts through his third penalty goal of the match, the score came off the back of another penalty from Sam Burgess.

With no tries scored by either team, the Raiders go into the sheds with a 6-4 lead at halftime.

After going to the Bunker, South Sydney’s John Sutton was not rewarded with the first try of the game.

A linebreak from Rabbitohs’ Cody Walker gives him the first try of the match, coming in the 50th minute.

Rabbitohs’ winger Mawene Hiroti dove into the corner for a spectacular try, South’s second of the night.

The Raiders came close on multiple possessions but were unable to score the go-ahead try for the win. 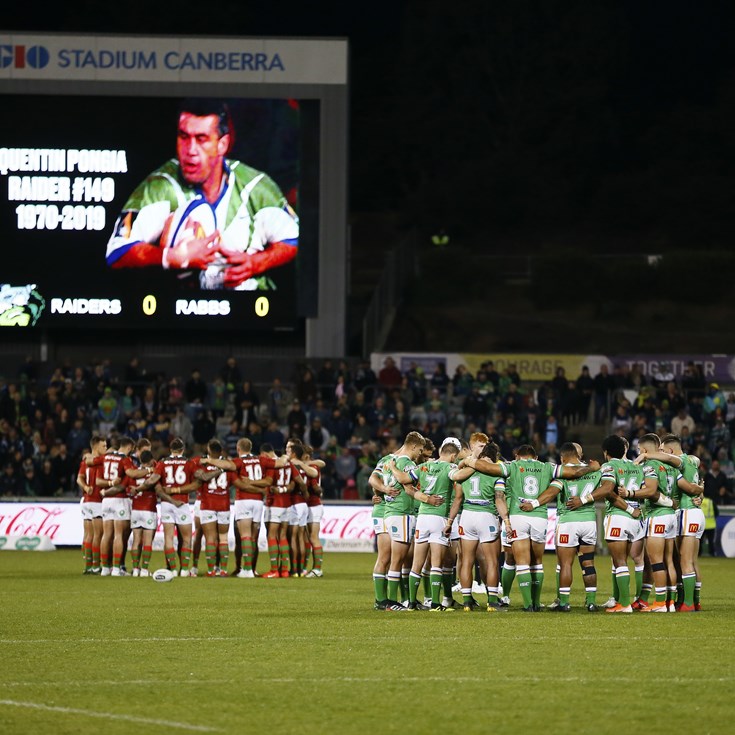 Presented By Sportsmans Warehouse Sun 19 May, 2019