The Canberra Raiders defeated the South Sydney Rabbitohs 16-10 in the Preliminary final to send them to their first Grand Final in 25 years against the Sydney Roosters.

The Green Machine made most of their time with the ball with South Sydney having controlled possession with 56%. Both teams were split in completion at 80% each, the Raiders completed 28/35 of their sets while the Rabbitohs completed 36/45 of theirs.

They also had more penalties against them with five compared to the Rabbitohs three. There was also one sin bin during the game with Raiders fullback Charnze Nicoll-Klokstad missing the final ten minutes for a professional foul.

Josh Papalii was the main metre eater for the Green Machine with 179 total metres to go along with his match sealing try in the final five minutes. Jack Wighton and Charnze Nicoll-Klokstad also contributed with 151 and 147 metres respectively.

Co-captain Josh Hodgson contributed the most on defence with 48 tackles while John Bateman and Sia Soliola both had 39 tackles each.

South Sydney kept applying the pressure with six forced drop outs but the back three of Charnze Nicoll-Klokstad, Nick Cotric, and Jordan Rapana combined for 395 to get the Raiders out of their own half. 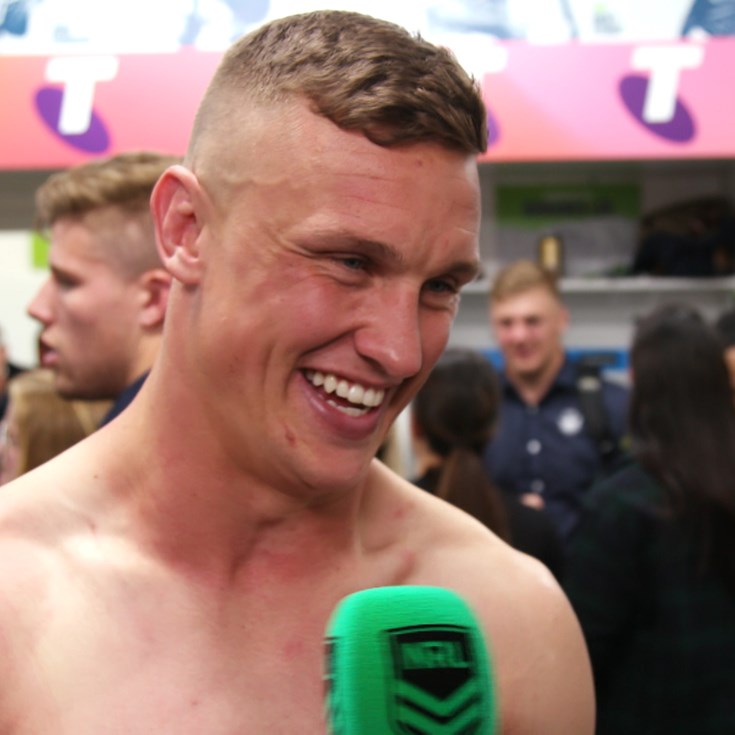 Cotric: Look at my nose, is it bad?

Raiders teammates in awe of Leilua the 'miracle man'