Unfortunately, not everyone can attend the game in Sydney, so Raiders Belconnen and the ACT Government have teamed up to deliver the next best site to watch the game on the big screen with other passionate rugby league fans.

This family friendly event has been established to bring the community together on the picturesque Raiders Belconnen Oval (opposite Kingsford Smith School). Venue Management will be selling food and beverages from the adjoining Club; however, attendees can bring their own picnic if they prefer.

This is a free event, with a gold coin requested upon entry to support the development of female rugby league in the ACT.

“Canberra really is bleeding green for the Canberra Raiders and I can’t wait to cheer them on with everyone at the Raiders Belconnen Oval in Kippax,” Minister Berry said. “No matter the outcome, it’s been a great season for the Raiders and for their fans. They’ve done us proud.”

Getting to/from this event:

Please be patient and drive carefully in/around the precinct - traffic delays are expected. Please be aware that due to the size of this event taxi and rideshare services will likely see heavy demand, especially after the event.

Limited public parking is available at Raiders Belconnen, so you are advised to arrive early. Close by is parking bays at the Kingsford Smith School, Kippax Fair Shopping Center and nearby sporting fields. If parking in the surrounding area, please be respectful of residents

Parking inspectors may be active!

Dropping Off and Picking Up

Drop off and pick up areas are available outside the Raiders Belconnen Club.

Patrons are not permitted to bring the following items into Raiders Belconnen enclosed oval:

·       All animals except guiding, companion or hearing animals (Registration of the animal MUST be provided);

·       Any device, instrument or object that, in the opinion of management, has the potential to cause injury or public nuisance. This includes but is not limited to weapons, knives, spray cans or compressed air canisters;

NOTE: For picnics, plastic utensils only will be allowed. Chairs/stools will be permitted in the designated seat assembly area. Picnic rugs are encouraged due to limited fixed seating on site and the anticipated large crowd. 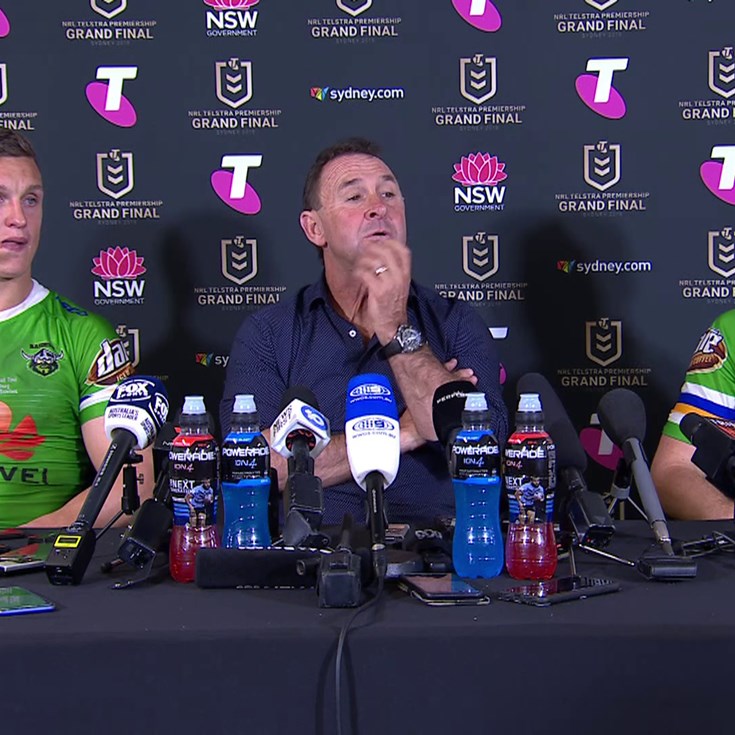 Support the Raiders at Fan Fest