Josh Hodgson, Elliott Whitehead and John Bateman have all been named in the British Lions squad for their upcoming tour of New Zealand and Papua new Guinea.

Wigan Warrior and incoming Raider George Williams has also been named in the 24-man squad.

Four players from the 2019 Betfred Super League champions St Helens have been included in the full 24-man squad that is announced today for Great Britain’s first appearances on the international Rugby League stage since 2007.

Lachlan Coote, Jonny Lomax, Luke Thompson and Alex Walmsley have been rewarded for their contribution to Saints’ first title-winning season since 2014 – and they have been joined by two members of the Salford Red Devils team they beat at Old Trafford on Saturday night, Jackson Hastings and Josh Jones.

In the case of Jones, who started his career with St Helens, confirmation of his selection came on Sunday morning in an eventful weekend which continued with his wedding that afternoon. He will now fly to Sydney on Wednesday as part of the second group of Great Britain players to head down under, where they will watch England play in the Downer World Cup Nines at the weekend before moving on to New Zealand.

Four members of the Saints Grand Final winning team were unavailable because of injury – Morgan Knowles and James Roby, who had withdrawn from contention before the weekend, and Tommy Makinson and Mark Percival, who were injured at Old Trafford.

The other seven players added to the 11 members of England’s World Cup Nines squad whose GB selection had already been confirmed are: Blake Austin, Chris Hill and Joe Philbin from Warrington Wolves; John Bateman and Josh Hodgson from Canberra Raiders; and Oliver Gildart and Zak Hardaker from Wigan Warriors.

Austin, Hill and Philbin join their Wolves team-mates Daryl Clark and Jack Hughes in the 24; Bateman and Hodgson complete a trio of Canberra Raiders with Elliott Whitehead, who is in the Nines squad; and Gildart and Hardaker will join their 2019 Wigan team-mate George Williams, who is also in Sydney preparing for the Nines, ahead of his move to join Bateman, Hodgson and Whitehead at Canberra in 2020.

In total, 17 of the squad played in the Betfred Super League in 2019, with seven from the National Rugby League. One of those seven, James Graham, has been appointed captain.

Graham is the only member of the squad who has previously played for Great Britain, winning five caps in 2006-7 – although he has not represented the Rugby League Lions in the southern hemisphere, as all five appearances came at home. As he has since won a record 44 England caps, the 34-year-old is in line to complete a rare half century of Test caps this autumn.

“It’s very emotional for me," said Graham of the prospect of leading Great Britain for the first time. "It will have a history and tradition, and it’s something that resounds with the fans and our sport. They will be four incredibly difficult matches, but the difficulty rating was always going to be high. It’s a challenge for us, but as a group I think we’re going to grow into that challenge.”

Wayne Bennett, the Great Britain and England head coach, said of Graham: “No-one plays with more pride and passion than he does for his country, I can tell you.”

Of the selection more generally, Bennett added: “It was pretty tough actually, with a lot of players in contention. A couple of guys got injured and that’s taken a bit of the pressure off, and given a couple of other guys opportunities.

“I think we’ve got a pretty good squad which is more than representative of the best players in the game in England and Australia.”

Additional quotes from Wayne Bennett are available on Our League, and through the RFL’s social media channels.

Members of the squad will be available for interview at the Worsley Marriott on Tuesday October 15 from 11am. To arrange attendance, please contact Andy Wilson, RFL Head of Media (andy.wilson@rfl.co.uk)

Great Britain will play four Tests on consecutive Saturdays on their first trip to the southern hemisphere since the 2006 Tri-Nations series – against a Tongan Invitational XIII in Hamilton on October 26, followed by two matches against New Zealand in Auckland and Christchurch, and ending on November 16 in Port Moresby with a first Test in Papua New Guinea since 1996. All four matches will be shown live on the BBC. 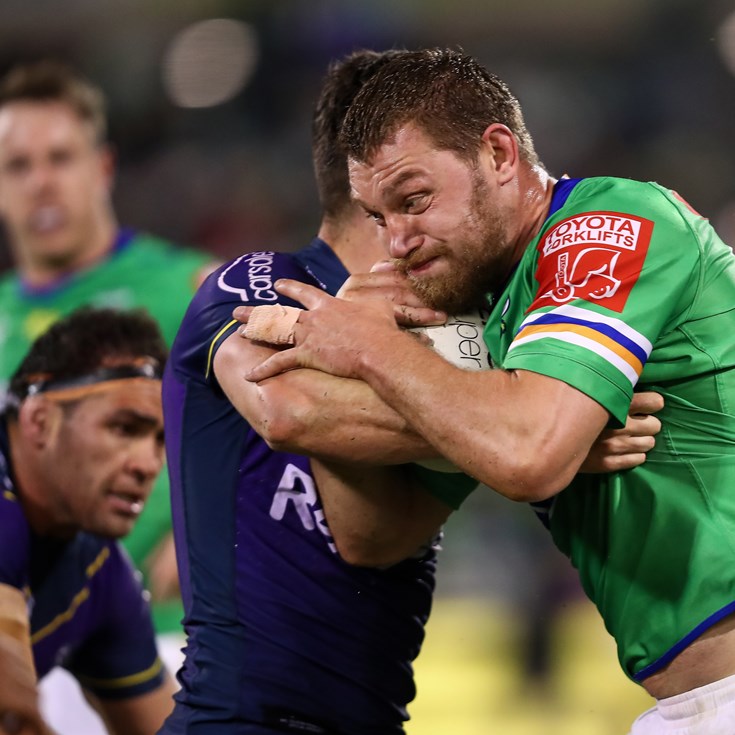 Presented By SHG 2 weeks ago