While Canberra came so close to completing a fairytale run last year, the Gold Coast lived out a nightmare.

But the slate is now clean again for both sides, with the Raiders dealing with added expectations and the Titans full of renewed hope.

Despite reaching the grand final, Canberra weren't that dominant at home with only five wins at GIO Stadium in 2019.

Meanwhile, wooden spooners the Gold Coast won just four matches all season and claiming a big scalp on the road to kick-off 2020 would be a huge confidence boost.

Raiders: Curtis Scott, who is facing several police charges, will make his Raiders debut in the centres after getting the OK to play from the NRL and ex-Super League star George Williams will take his bow in the No.7 jumper. Corey Horsburgh has won the fight to replace John Bateman in the second row while Bailey Simonsson will join Nik Cotric on the flanks. In addition to Bateman, Canberra go into round one without prop Ryan Sutton (one-match ban) and back-rower Hudson Young (suspended until round six). Semi Valemei and Tom Starling dropped off the extended bench on Thursday night while Jack Murchie and Sam Williams were the final two cut an hour before kick-off.

Titans: Injured duo Moeaki Fotuaika (wrist/knee) and AJ Brimson (back) were both officially ruled out and trimmed from the reserves list on Thursday. Warriors recruit Sam Lisone joins Jarrod Wallace in the front row. Phillip Sami takes over Brimson's spot at fullback while veteran winger Anthony Don has beaten out former Bronco Jonas Pearson for the chance to partner fellow veteran Dale Copley on the wing. Star utility Tyrone Peachey joins English import Kallum Watkins in the centres while enigmatic back-rower Bryce Cartwright gets his chance to impress in the No.12 jumper. Former Newtown Jets prop Jaimin Joliffe has been named to make his NRL debut from the bench. Firebrand forward Keegan Hipgrave’s immediate future remains clouded as he works to come back from three concussions while Shannon Boyd is still recovering after shoulder surgery. Sam Stone and Pearson were cut an hour before kick-off.

George Williams v Ash Taylor. An English with a point to prove up against still-young playmaker who also has a point to prove. This season will see very move of both men watched closely.

Like last season, defence is the key for Canberra. An average of 15.8 conceded points per game laid the foundations for their success. With a new playmaker in George Williams, the Raiders will need time for new combinations to gel, making their work without the ball paramount.

For the Titans to win

The dynamic Ash Taylor is critical to the cause. The Titans looked good throwing the ball around at the NRL Nines and some slick attacking footy could shock Canberra. And to state the obvious, the Gold Coast will have to show more resolve when the going gets tough.

I think Canberra are probably the easiest winners to pick this week. They'll be motivated after losing last year's grand final and they got the good news that Curtis Scott is able to play. The Titans should be better than 2019, and I like new coach Justin Holbrook, but I'm not sure they have the talent to match the top teams. Raiders by 10.

If the Gold Coast are looking for an omen they need search no further than the opening round of 2018 when they came back from 18-0 down after 13 minutes to beat the Raiders 30-28 at Cbus Super Stadium. The equal biggest comeback in Titans history was iced by a Konrad Hurrell try in the 77th minute. 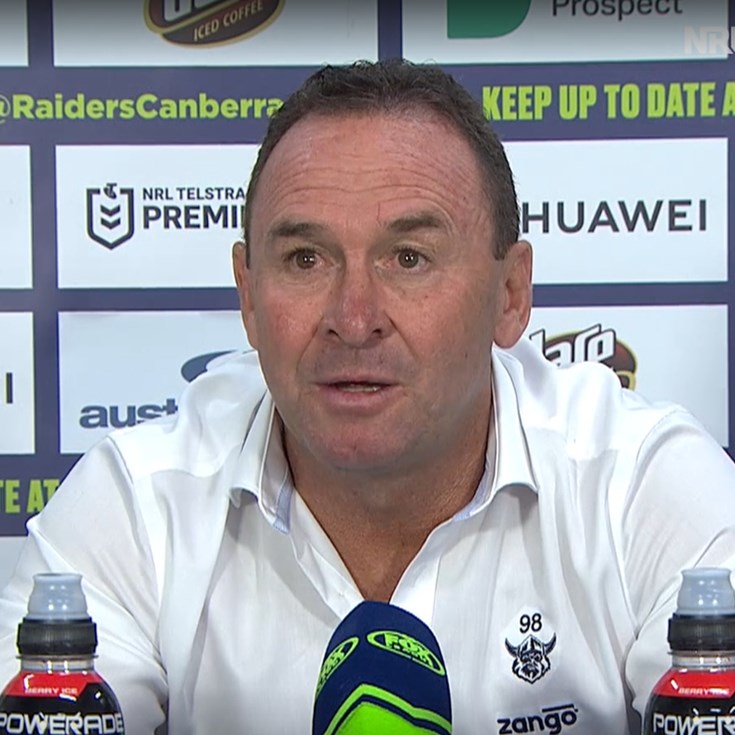