The Canberra Raiders look to continue the momentum that won them their first two matches, as footy finally makes a come-back.

It’s tipped to be the match of the round when the Raiders line-up against the Melbourne Storm this Saturday at AAMI Park. Curtis Scott returns to face his former side.

Both teams had started the season with back-to-back wins before the competition took an extended hiatus. Now, after over two months away from the field, both teams will be fighting to maintain their undefeated status.

In the opening two rounds, the Raiders proved they’re still a force to be reckoned with this season, comfortably winning 24-6 over the Titans before a 20-6 win over the Warriors.

The Storm recorded a round one 18-4 win against Manly followed by a narrow 10-12 win against the Sharks in round two.

The Raiders have named an unchanged starting side heading for round three. Jordan Rapana has rejoined the Green Machine and is named on the extended bench, after a brief stint in Japanese Rugby. John Bateman is still out with a shoulder injury while Hudson Young is serving a suspension.

The home team has made minimal changes to their starting squad. Nelson Asofa-Solomona comes off the bench to replace Tui Kamikamica, who is out resting a back injury. The Storm has named Brandon Smith in the interchange, returning from a facial fracture as well as Christian Welch, who is returning after an ACL injury.

The last time the pair met, the Raiders defeated the Storm 10-12, in a nail biting finish to secure their spot in the 2019 finals. An error from Josh Addo-Carr gave Joey Leilua the chance to set up last minute try for John Bateman before Jarrod Crocker kicked a classy conversion to give the raiders the 2-point lead.

Battle of the fullbacks. Both men had outstanding breakout seasons in 2019 and are looking to continue their powerhouse performances into this season.
Nicoll-Klokstad has been quick to make a name for himself since joining the Raiders as his skills continue to improve. From try-saving tackles to his ability to read the game and shoot through the smallest of holes in the defence to put points on the board, he’s one of the most valuable players on the field.

Papenhuyzen’s lighting speed in attack will mean the Raiders will need to be heavy on the defence to keep the speedster from making any breaks.

Form vs Reputation. Two of the most active players on the field, New South Wales Representative Jack Wighton will come up against Queensland Representative Cameron Munster in what is set to be a thrilling matchup.

Wighton started the 2020 season proving just how lethal he can be if you give him the chance, scoring a double in the opening match against the Titans. It’s evident Wighton is at the top of his game. His quick thinking and fast feet, along with the deadly combination he’s formed with George Williams will keep the opposition on their toes.

Munster is a crucial part of the Storms attacking side. His ability to create opportunities and build space around the ruck is why he’s named one of the best five-eighths in the league.

A standout game from one of the two could mean all the difference for the win.

Dubbed two of the NRL’s best hookers, Hodgson and Smith boast both skill and class while dominating the footy field. Both Captains will be looking to lead their team to the win and maintain their undefeated status.

They currently sit neck and neck in the stats so far this season, both claiming two try assists and one break try assists in just two rounds of the season. Smith currently holds 238 receipts and Hodgson closely trails with 223. 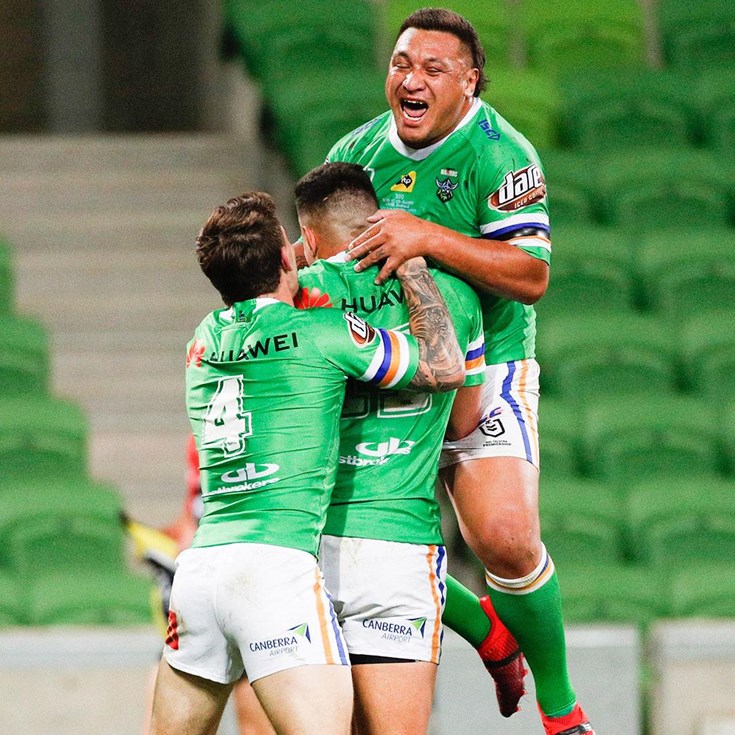