Add to that the fact the Sharks haven't beaten another top-eight side all season and the form line isn't great for John Morris's team.

But, such is the nature of sport, Cronulla will enter Saturday's elimination final at GIO Stadium knowing a fast start will boost their confidence levels and put some doubt in the minds of a Raiders side widely expected to win.

Canberra's 14-6 record during the home-and-away season meant they only missed out on a top-four finish on account of points differential.

Sam Williams and Matthew Timoko were omitted from the squad on game day after O'Donnell and Michael Oldfield dropped out 24 hours before kick-off.

Sharks: Toby Rudolf starts with Aaron Woods to come off the bench.

Halfback Chad Townsend will return from suspension with winger Sione Katoa (leg) and centre Josh Dugan (knee) will come back from minor injuries. Hooker Blayke Brailey, lock Toby Rudolf and bench forward Siosifa Talakai are also back after a rest.

Wade Graham has returned to the back row from five-eighth, while Scott Sorensen has dropped to the bench and Nene Macdonald, Mawene Hiroti, Teig Wilton, Billy Magoulias and Daniel Vasquez are all out.

Braydon Trindall and Bryson Goodwin were the first two players cut from the squad on Friday and Teig Wilton and Mawene Hiroti dropped out an hour before kick-off.

Josh Papalii v Aaron Woods. Papalii is the Maroons and Test prop, Woods was once the Blues and Test prop. If Woods is able to wind back the clock and match it with the highly-impressive Papalii, the Sharks can go from there.

If big Papa causes havoc in the middle of the park it could be a long night for Cronulla. 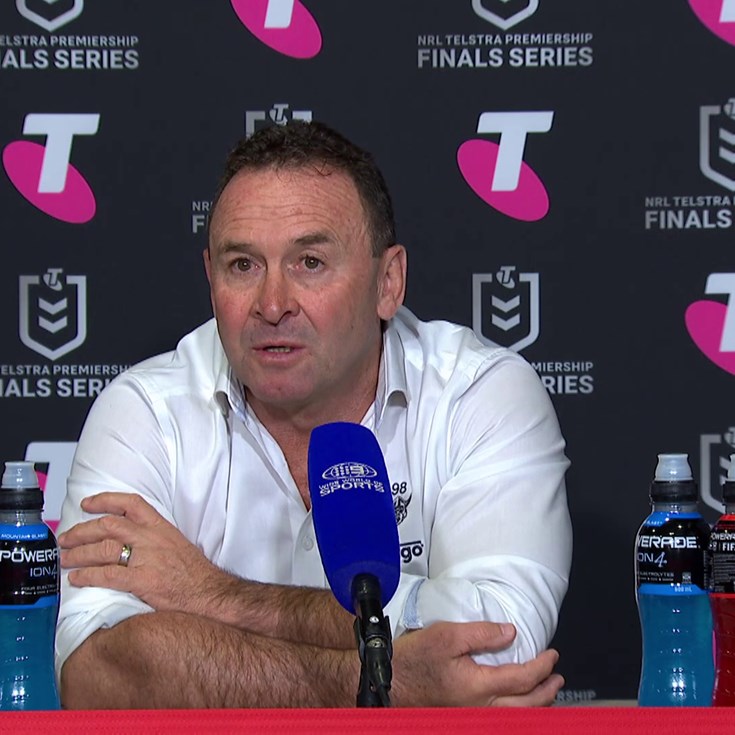 Presented By Denman Prospect 2 weeks ago
03:34