After facing immense adversity in last week’s clash, the Raiders hope to get back into the winner’s circle on Saturday when they go head-to-head against the Titans.

The match will kick off at 7:45pm in Sydney at Netsrata Jubilee Stadium after it was relocated due to the recent Covid-19 outbreak in Queensland.

Although fatigue caught the Raiders in the second half last week after they were left with one interchange for the majority of the match, they will go into round four fired up.

It will be a fierce battle for the two sides as the Raiders sit at sixth on the ladder, with the Titans just ahead at fourth after they dominated the Cowboys last week.

The last time these two sides met, we saw Josh Papalii make one of the best run-down plays when he clocked a 31km-speed chase-down and ankle tap on Jamal Fogarty to save a try and force a knock on. It was in round 15 of last season in the Gold Coast, the Raiders won 36-16 and Jack Wighton also scored a double.

Starting on the field for just the second time this season, Sutton will be taking on the role of lock.

After running 200 metres last week, making 51 tackles (the highest in the game), and bagging his 2nd try in the NRL, there is no doubt Sutton will be a player to watch on Saturday.

Despite the size difference between Tyrone Peachy and Ryan Sutton, Peachy will also be dangerous in lock, with his ball playing ability adding depth to the Titans attack.

Wighton scored his first try for the season last week, showing his ability to take on the line and score points is dominant in his game as it was in the 2020 season when he scored 13 tries.

Playing in his first game of the season last week Tanah Boyd will be playing to cement a spot in the side as he replaces an injured Ash Taylor.

Hudson Young will come up against one of the biggest forwards in the game in David Fifita.

David Fifita has scored three tries so far this season, proving his ability to break through the middle of the field with his strength.

The defence of Young will be pivotal to stop Fifita, but it is nothing he and his teammates can’t handle. The reliability of Young and his ability to wreak havoc against the opposition's defence will also be crucial in the Raiders contest to win.

Williams and Hodgson praise Scott for playing through pain

The Raiders and Titans have played just 25 times, with the Raiders winning 13 and the Titans winning 12 games. 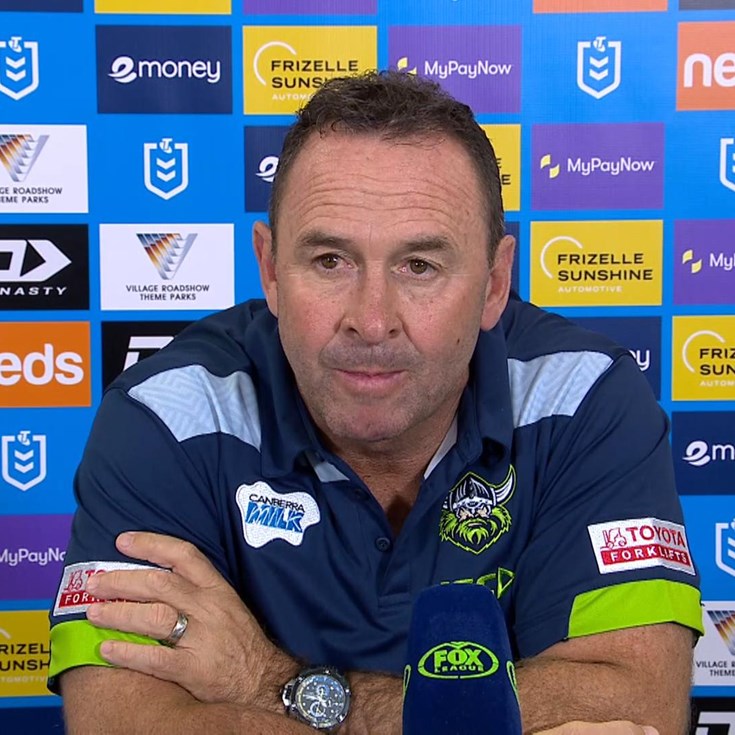 Presented By Specsavers 1 week ago
02:33