The Canberra Raiders NSW Cup side went down to the South Sydney Rabbitohs on Saturday afternoon at Raiders Belconnen.

The Raiders were off to a good start, but unable to maintain possession in the middle of the game had them on the back foot and made it difficult to come back.

At first touch of the ball, the Raiders were dangerous, gaining two repeat sets taking them straight down to their try line.

A ball from Sam William sent Harry Rushton over for the Raiders first try putting them in front 6-0 in the opening minutes.

The Rabbitohs were quick to hit back, shifting the ball out to the right edge where they were able to make forty metres. It was the support of five-eighth Troy Dargan on the inside who was able to equal the score 6-all.

A remarkable kick off from the Raiders, had them regain the ball after it hit the cross bar and bounced into the arms of hooker Adrian Trevilyan.

Sam Williams was on a role, kicking a 40/20 in the 13th minute to give the Raiders a perfect position to attack.

Manase Kaho gathered the ball on the Raiders left edge and dived over to get their second try for the afternoon. Raiders led 12-6.

In the 28th minute the Rabbitohs hit back, it was winger Steven Marsters who scored on the right edge. An unsuccessful conversion kept the Raiders in the lead12-10.

Five minutes later the Raiders defence was raddled, and Rabbitohs forward Trent Peoples crashed over to send the Rabbitohs in front.

The Raiders were on the backfoot in defence and the Rabbitohs used it to their full advantage when prop Tevita Taumoepenu scored just metres from the posts. The Rabbitohs 20-12 at half time.

The Raiders continued to defend in their end, but it was a try a second try by Steven Marsters in the 50th minute which extended the Rabbitohs lead 26-12.

A brilliant flick pass from Brad Schneider had Sam Williams dive over to put the Raiders back in the game 18-26.

Sam Williams was on fire in his support plays and was able to score again closing the gap 22-26 with 16 minutes to go.

Brad Schneider broke through the line 5 minutes to go, making a 30 metre break but his inside supporting player was unable to gather the ball, missing the opportunity to score. 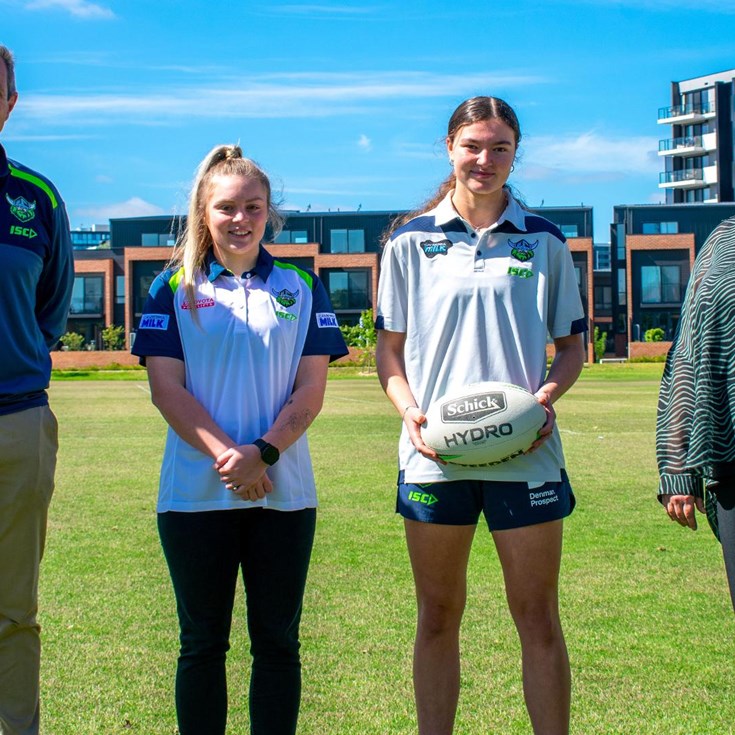