Last Saturday was a big day for our wheelchair representative players, with two Canberra players Matt Collins and Briley Sentance making the big trip to the Gold Coast to play in the QLD Wheelchair State Cup.

Before his family's move to the nation's capital, Collins played wheelchair rugby league in Queensland and in 2019 had the opportunity to represent QLD in the State of Origin.

This year, the pair were asked back to represent the Central Queensland Crows in the State Cup tournament, which selectors attend to choose the State of Origin side.

Leaving Canberra on Saturday morning, Collins and Sentance had a big day of Wheelchair Rugby League ahead of them, with four shortened tournament style matches before the grand final which would be played with two 40-minute halves.

Their first game of the day for the Crows was against the South East Queensland Water Dragons.

Both teams were looking to start the tournament with a win, with the Dragons team pipping the Crows by six points at the full-time siren.

This game was extremely beneficial for both Collins and Sentance, who needed to learn how the Crows team played.

The boys’ second game was going to be a tough one against the tournament favourites the North Queensland Marlins.

Despite a strong showing from the Crows, the Marlins team were too good running out winners by 22 points.

Despite two losses in their first two games, both Collins and Sentance were embracing the opportunity to perform at this high representative level.

Their third game of the day was a rematch against the Dragons team. Despite a short break after their last match, they righted the wrongs from their first clash to run out winners 48-14 which booked them a place in the Grand Final.

Their opponents for the Grand Final would be the same team they played in their fourth game of the afternoon, the Marlins.

Both teams took this chance to rest crucial players and allow the rest of the squad get some valuable game time.

Following a close contest between the two sides, the Marlins ran out winners 28-8 giving them confidence heading into the final.

With key players rested, both teams had fully rested and full-strength teams for the Tournament decider.

This match was the longest of the day, and fatigue was going to be an issue for both teams.

In a shootout between the two teams, the Marlins were too good in the final coming out winners 82-48.

This was a great contest of Wheelchair Rugby League, with the two sides showing some great football skills during the match.

The final score did not represent the closeness of the match, with the Crows team putting together their best performance of the tournament.

On the Sunday, Collins and Sentance were able to go through some training exercises with the Queensland Wheelchair Rugby League coaching staff.

This experience was invaluable to the pair, who both will look to bring back what they learned to the CRWRL to help the game of Wheelchair Rugby League grow in the Canberra Region.

CRWRL would like to congratulate both Collins and Sentance as well as the Rolling Raiders team on their respective representative duties and putting on show the talent which we have in the CRWRL. 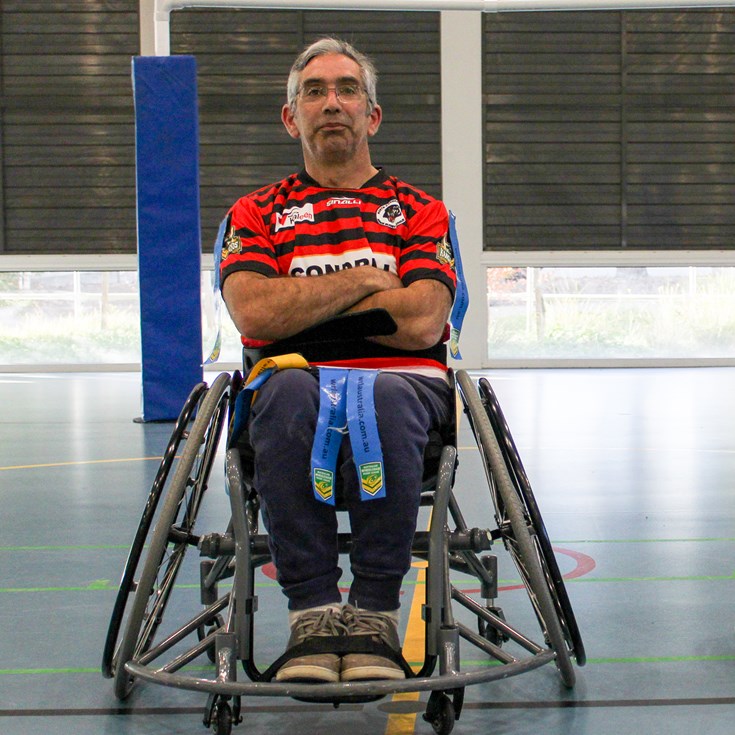