The Canberra Raiders are set to battle the Sydney Roosters this Saturday 7:35pm at Central Coast Stadium in the NRL’s Indigenous Round.

This weekend sees Jack Wighton return from suspension for the occasion and will be looking to have a big impact having starred against the Roosters in recent encounters.

After a disappointing loss last weekend to the Storm, the Raiders are hoping to bounce back against the Roosters who also suffered a loss to the Broncos last weekend.

As well as Wighton’s return, the Raiders also welcome back the experienced duo of Jordan Rapana and Josh Hodgson who are returning from injury and suspension respectively.

The last time these two teams met was in the second round of finals last year, the Raiders knocked the Roosters out of the competition in a powerful 22-18 win.

After scoring a try and making 41 tackles last weekend there is no doubt the Raiders captain will be a key performer for the side this weekend,

Showing his versatility in the last few weeks, Whitehead will be dangerous on the left edge with his ability to not only hit a hole in attack, but also create space for his men on the outside.

But Saturday will be a test for Whitehead as he faces hard working Sitili Tupouniua, who also managed to score a try last round, and ran for 111 metres despite the Roosters loss.

Sebastian Kris has been a great asset to the Raiders this season, having played the majority of games this season.

His work rate when helping the side come out of defence has been impressive and the local junior also has an impressive try-scoring record in the early stages of his career.

While Kris’ career is only beginning, he will be facing a player in the twilight of his career.

The return of veteran centre, Josh Morris, is a big boost for the Roosters, especially due to his reputation as having an impressive defensive game. His try-scoring record this season is equally impressive with six tries from 10 games.

Tom Starling continues to be consistent each week for the Raiders, with his solid defence and spark in attack.

Despite suffering an ankle injury last weekend, Starling is named to start in hooker and Josh Hodgson returns to the side from suspension in the number 14 jersey.

Ben Marschke will also need to be on his a-game this weekend, with just eight NRL games up his sleeve, Marschke has proved to be a solid in attack and defence.

This weekend will be a challenge for the two young hookers, but it will make for an exciting contest. 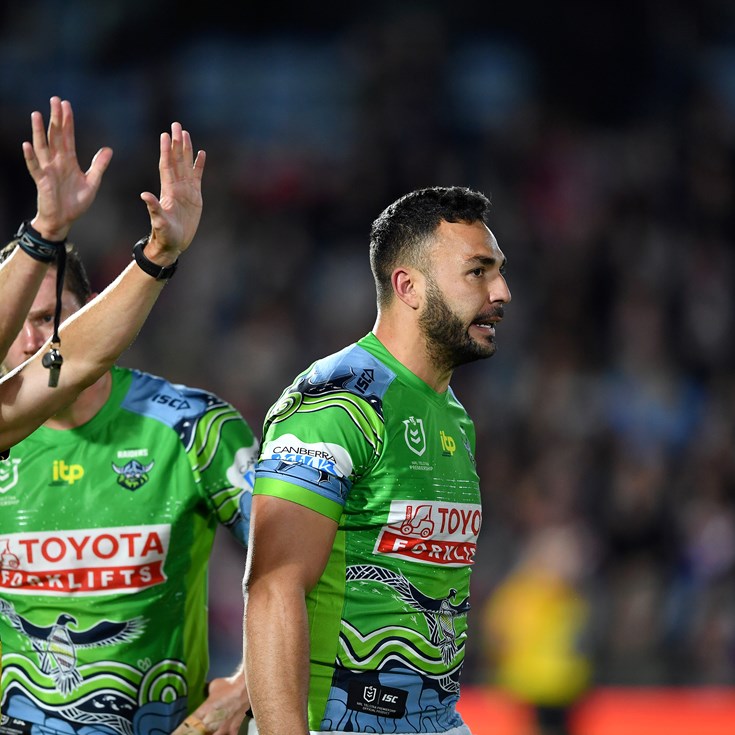