Round Five of the Canberra Region Wheelchair Rugby League competition takes place this Sunday 6th June, with the match looking to be the Red Bears best chance at claiming victory this season so far.

With the four players who are going to be trialling for the NSW side, it is the Red Bears who will be least affected.

The White Bears team will be missing star trio Zac Carl, Toby Popple and Jaimz Knight who have been instrumental to the White Bears dominance this year.

The Red Bears team will also have to cover the loss of Chris O’Brien who has been a standout in defence for the Red Bears.

The game will be an opportunity for some players to stand up and have a real influence on the game’s proceedings.

Brad Burns will be one to watch for the White Bears to cover for the losses of Carl, Popple and Knight.

Briley Sentance will continue his strong run of form for the Red Bears but will have to do without the support of O’Brien.

Round Five will be held at the Queanbeyan Indoor Sports Centre this Sunday with the game set to kick off at 2pm.

The game will be the second last of the Autumn season, with the Grand Final to be played in a fortnights time.

Anybody who is interested in possibly playing in the Spring competition of the CRWRL is encouraged to contact crrl@raiders.com.au for more information. 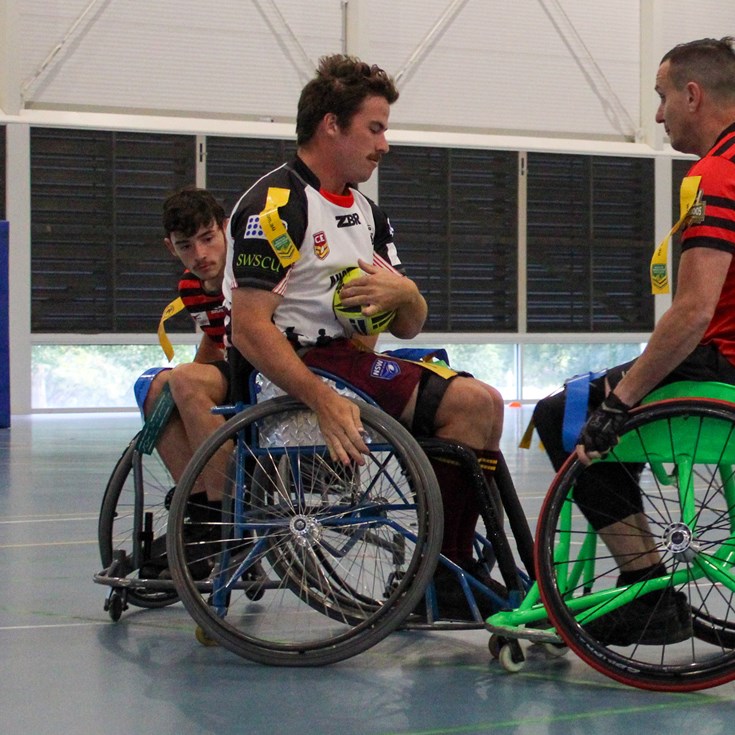