The Blues will look to make it two from two in the Queanbeyan derby after narrowly defeating the Roos 24-22 at home back in round five.

The Blues have been in fine form since then, posting eight wins for only two losses, with a chance to leapfrog Gungahlin for first place on the ladder.

However the Roos have also been building some momentum and they will look to make it four in a row this weekend over their fierce rivals to solidify their third spot on the ladder.

The match will be ever-so-special for both sides as they will take the field in their indigenous jerseys to celebrate the Kangaroos’ indigenous round.

Roos centre Gideon Afemui spoke about the importance of the indigenous jerseys and their preparations before this weekend.

“It’s a special round. The Roos v Blues [match] is always special to play in but I think this one, the bigger one is for the jerseys,” Afemui said.

The Roos have had a strange month of football, only playing three games in seven weeks due to byes  and representative rounds. Afemui touched on how the team has been coping and preparing with the extra few weeks rest.

“It has been weird, but we’ve picked up on it at training. We did a lot of physical defensive training and I think it’s got us prepared for our next game,” Afemui said

“It’s going to be a physical one. I think both teams will throw each other at each other. It will be won up the middle and the backs will play off it,” Afemui added.

The Tuggeranong Bushrangers will host the Sharks this weekend in a bid to turn their season around ahead of finals football.

Tuggeranong have been incredibly unfortunate in their past three outings, going down by a margin of 10 points or less.

The Bushrangers will need to put together an 80-minute performance to defeat the red-hot Sharks who did just that last weekend, defeating the Yass Magpies 44-22.

A man-of-the-match performance by five-eighth Matthew Woolnough assisted his Sharks side to their biggest win of the season and will need to back it up this weekend against a hungry Bushrangers outfit.

The Gungahlin Bulls will host the Goulburn City Bulldogs this weekend with an opportunity to edge four-points clear of the remaining teams on top of the ladder.

The last time these two sides met, the Bulls stole a last-minute 38-34 victory over the Bulldogs in round five. There’s no doubt the Bulldogs will have this game in the back of their minds when they take the field this weekend.

The Bulldogs had a 28-all draw last weekend against the Woden Valley Rams, after a loss to West Belconnen Warriors the week before.

The Goulburn side will need to fix their mistakes ahead of this blockbuster match-up as the Bulls are a team that can punish you with points through their lethal attack.

The fifth-placed Warriors will host the Yass Magpies this Sunday after they’ve drifted from their top four position on the ladder.

An important game for both teams to stay in the loop of the top four, both sides will be hungry for a win to keep their finals hopes alive.

The Warriors were thumped 42-10 by the Blues and the Magpies were convincingly defeated 44-22 by the Belconnen Sharks in-front of their home fans at Walker Park.

With only six weeks remaining after this round and such a tight competition ladder, both teams can’t afford to play catch-up ahead of this Sunday’s match. 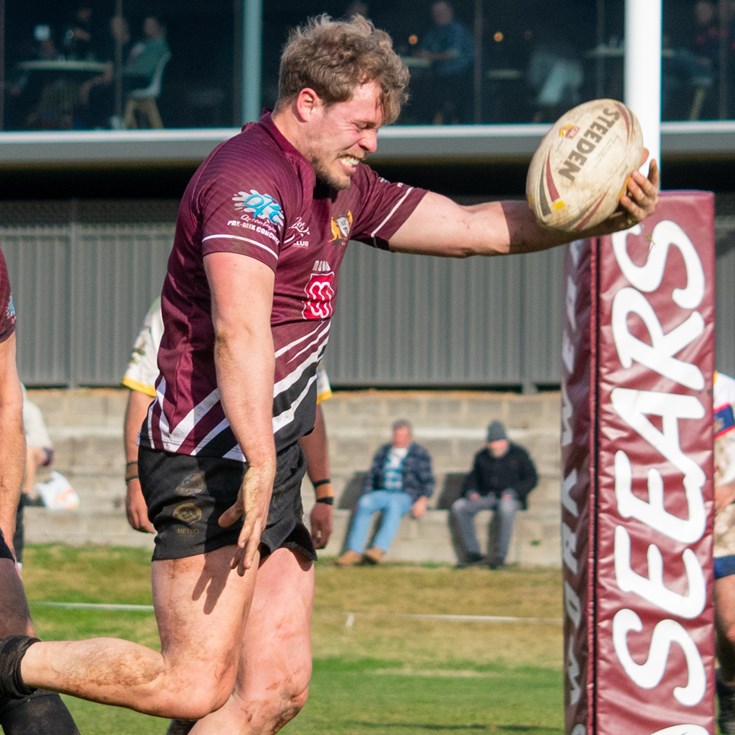 Rub of the Green Podcast: Episode 14