The Storm have relocated to Queensland for the third time in a year and will feature in a Gold Coast double header this Saturday after joining the rest of the NRL in the Sunshine state.

The club's 41-strong Apollo contingent arrived in Brisbane late on Thursday and will be housed at a separate hotel to the Brisbane hub under the NRL's Level 4 restrictions.

Originally set down for AAMI Park, the clash between the Storm and Knights will now kick off at 7.35pm as the second game of a Saturday double-header at CBus Super Stadium.

Canberra's clash with Cronulla has now switched to a 5.30pm kickoff to accommodate the scheduling change, with the Cowboys home game against the Roosters in Townsville also brought forward to 3pm.

Negotiations between the NRL and V8 Supercars across Thursday also saw Townsville's SuperSprint race on Saturday rescheduled to begin after North Queensland's fixture, avoiding a significant clash on the city's sporting calendar.

NRL CEO Andrew Abdo said the risk to the competition was "too great to keep the Storm in Melbourne", thanking the club once more for their "significant sacrifices over the last two years", as well as key stakeholders for the last-minute upheaval.

“The Gold Coast now hosts a double-header on Saturday which gives fans the opportunity to see twice the action and that’s a good outcome for the game,’’ Abdo said.

“The Cowboys will now play at 3pm and I want to thank the V8 Supercars who are moving their race in Townsville back to ensure no overlap between the two events. This collaboration is a win for all sports fans.

“I want to thank all clubs for working together to achieve a schedule in the best interests of the competition, in particular the North Queensland Cowboys who agreed to re-schedule a genuine home game on very short notice.

“The Storm have made significant sacrifices over the last two years, I want to thank the players and staff for everything they are doing to keep our competition going."

Melbourne's deteriorating COVID-19 situation in recent days had NRL and Storm officials on edge after the club was initially cleared to stay in their home city when the call was made to shift 12 rivals to South-East Queensland on Sunday.

By Thursday afternoon the Victorian government's latest lockdown had forced their hand, with the Storm's Origin representatives jumping aboard another charter flight back to Queensland only hours after returning from the Gold Coast.

The news was especially tough considering the Newcastle match at AAMI Park was due to be the Storm's first home game since April.

"We are really disappointed we won’t be able to play in front of our members and fans again this weekend as we hoped to," Storm CEO Justin Rodski said.

"I know how much everyone connected with Storm - our players and staff through to our hugely loyal members and fans - was looking forward to it.

"There has been so much excitement and planning put into returning to AAMI Park but unfortunately the decision in the end was out of our hands."

Just this week the club announced a new all-time membership record as well by ticking past 27,000 members, with acknowledgement of the achievement planned for Saturday's homecoming.

"It's not ideal but we're sort of used to it now. We just adapt to the situation," back-rower Chris Lewis told the NRL.com Preview Podcast.

"We've got a game of footy to play and then you deal with the rest of it around it. The club's pretty good at setting things up and organising things around it.

"You sort of just get your footy boots, get there and get ready to play."

Melbourne only returned to the Victorian capital from the Sunshine Coast two weeks ago, having based themselves out of Queensland for 46 days during the state's last COVID-19 flare-up.

Melbourne operated out of the Sunshine Coast last season for five months en route to a famous 2020 title.

Saturday’s revised schedule will now be: 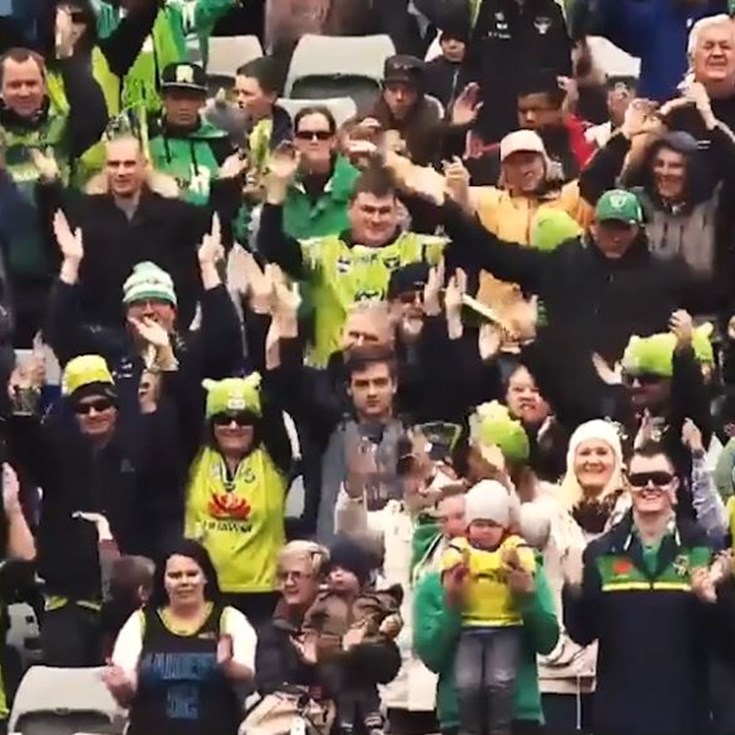 Presented By Complete Cut 2 hours ago