The school holidays means a packed schedule for most families. Mum and Dad still have work commitments, but the kids are at home and in need of some form of entertainment. So for the last three years, the Souths Logan Magpies and Canberra Raiders have tried to alleviate that stress, even if only for a day.

This year, the Canberra Raiders Holiday Clinic was another great success. Having a reach of over 400 kids, it was a great chance for Souths and the Raiders to involve themselves in the Logan community and ensure another generation of great footballers were born.

Kicking off the week at Flagstone Secondary College, the 35 kids who came along had a chance to play alongside the players and learn to better themselves as players as well as individuals. 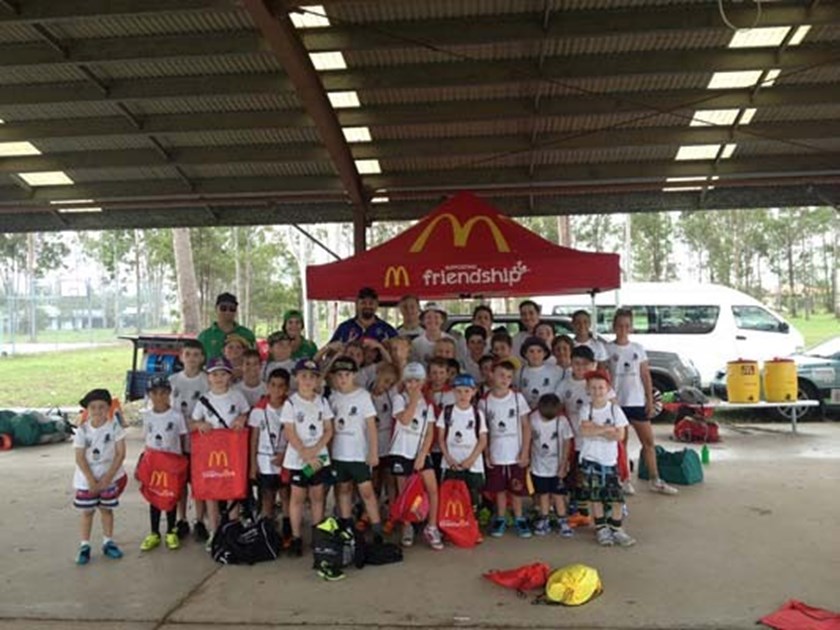 The kids from Waterford RLFC turned out in droves to have a chance to kick a footy with the up and coming stars of the Canberra Raiders and Souths Logan Magpies. By far the busiest day of the camp, 130 kids came along to have their chance to meet the players and be involved in the great game of Rugby League. Wednesday brought the camp to Souths Juniors who were an active and enthusiastic bunch of 70 kids, rearing to learn more about Rugby League and happily posing for photos with rising stars, Brad Frith and Willie Samuels. On Thursday at Logan Brothers, the 95 kids who attended were able to meet State of Origin star and head coach of the Souths Logan Magpies, Josh Hannay, who was happy to have a chat with the kids about themselves and how they see their future in Rugby League. 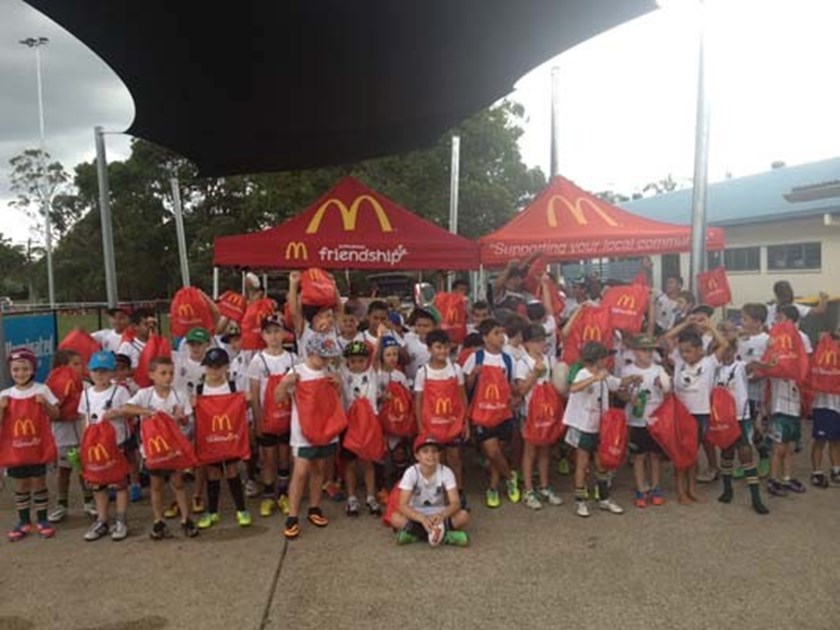 We ended the week at Souths Sunnybank with just over 80 kids who were keen to learn the secrets and techniques of our more experienced players and coaches. Speaking to Mark Tookey about the day at Souths Sunnybank, he said "It was a really good day, we had a big turnout of around 80-90 young kids looking for a great day out. It was very well organised and all set up and ready for the kids to get involved. It was a successful day overall.”

All of this would not have been possible if not for the tireless work of Mark Tookey and Mark Beaumont, who heavily involve themselves in Rugby League junior development within the Logan corridor.

I asked Mark Beaumont for his thoughts on how the week turned out.

"Obviously a really good week, getting to 400 kids was good for our brand and our junior development program. I would just like to thank all the clubs that hosted us. It was a very busy week, but a great week none the less. A lot of fun was had by all." While the week was a sensational result for the Magpies, the most encouraging thing to come out of it was the laughter and smiles of the kids who participated within the camp. Whether this was from meeting the players, having fun playing footy with their mates, growing in Rugby League or just the 'Goodies Pack' they received that were generously provided by Flagstone Rise, Trilby Misso and Logan McDonalds. We are unsure; all we know was a great time was had by all." 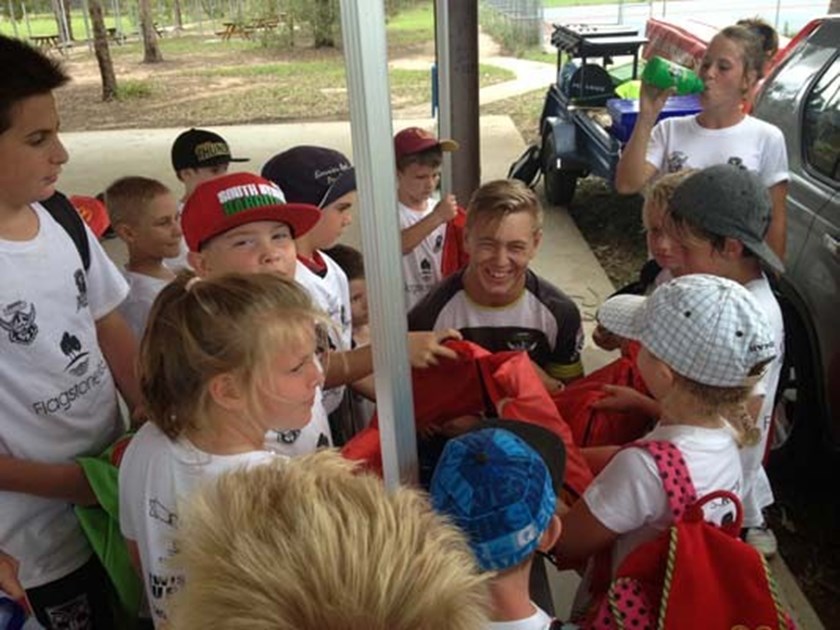 Souths Logan is holding a raffle to win four tickets to State of Origin Game one at Suncorp Stadium.

All money raised from the raffle goes towards helping the club, so jump online now, buy a ticket and you could be off to State of Origin!

CLICK HERE to purchase the tickets. All tickets are purchased online.

The winner DOES NOT have to be present at the draw. Full terms and conditions are on the ticket page .

Presented by
12 hours ago