After snapping a six-match losing streak last week, the Raiders NYC side will be aiming to defeat bottom-placed Manly on Friday night to secure back to back victories for the first time this season.

NYC Head Coach Brett White said that he was proud of the resilience his side showed to come from behind to beat the Bulldogs.

“I was really proud of the boys after the game with all the injuries we’ve had and the run of losses we’ve had,” said White. “In that game there was a lot of character shown, they really played to the way we spoke through the week, not giving in and always fighting and in tough times trying to be your best. They certainly did that and it paid off for them.”

The performance of Nick Cotric was another positive for the Raiders NYC side. The 17-year-old centre has the fourth most tackle breaks in the Holden Cup and set up two tries for Jack Hickson last Sunday.

“I was really pleased with Nick. We spoke about some things in the game, looking to play with the ball a bit more and use his skill in that way. The really pleasing bit about the things we spoke about during the week is that he went out and executed, putting Jack Hickson over for two tries. So that was a really pleasing thing to see how quickly Nick added that into his game.”

Unfortunately for the U20's side, Sebastian Kris injured his ankle late in the second half against the Bulldogs and will be out for a month. Chevi Ellis comes back into the team as his replacement, while Daniel Keir is set to make his debut for the side after playing with the Raiders SG Ball side earlier this year.

[Keir] is a really good kid which is one of the things we talk about; if you’re a good person, you make a good team member. He’s certainly fitted in really well. He’s a quiet kid and I’m really looking forward to seeing what he brings to the team. He’s got quite a lot of good skill for a big kid so he gets his opportunity and it’ll be good to see another one of our young juniors come through and get a chance with the under 20's,” said White.

The Raiders face the Sea Eagles, who are chasing their second win of a tough season so far.

“They had the week off last week so no doubt they would have been working hard on combinations,” sad White. “They’ve had a few changes to their last team that played so no doubt they spent that time working on those combinations so it’s a bit of an unknown as far as what they are gong to throw at us but it's more about us and our energy going into the game.”

The match gets underway at 5:35pm at GIO Stadium on Friday with gates opening at 5:20pm. Live updates from the game will also be posted on the Raiders Twitter. 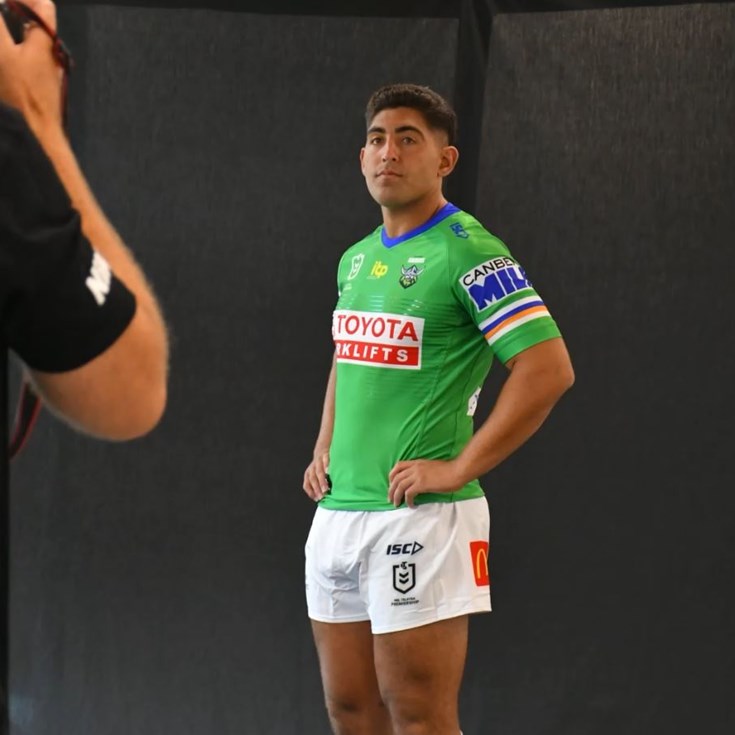