Take a look at some of the in-depth stats from the game this week as the green machine ran out as convincing 18-2 winners at GIO Stadium on Saturday night.

Jordan Rapana opened the scoring for the green machine while Blake Austin and Josh Papalii both grabbed tries on their return back from reserve grade.

The Raiders enjoyed the majority of possession compared to the Eels as they had a total of 56% while the Eels had 44%.

The men from the ACT racked up a total of 176 runs in attack combining for a total of 1374m. For the Western Sydney side they managed 157 runs with a total of 1282 running metres.

The Eels contributed for more offloads than the Raiders with 12 in total to the Raiders six.

Ricky Stuart’s side were strong in attack as well as defence as they made four line breaks. Those came from Jordan Rapana, Blake Austin, Siliva Havili and Josh Papalii. Brad Arthur’s troops couldn’t manage any.

In defence the Raiders made less tackles at 308 as the Eels made a total of 388. In terms of missed tackles, the green machine made 24 while the blue and gold made 42.

Luke Bateman made the most amount of tackles for the Raiders with a total of 39 in a 51 minute spell while Sia Soliola was second with 35 having only played 44 minutes.

One statistic that Ricky Stuart won’t be too thrilled about is the amount of errors that were made by his side (9) compared to the Eels (7).

The men in green however did concede fewer penalties as they only had 11 compared to Parramatta’s 15. 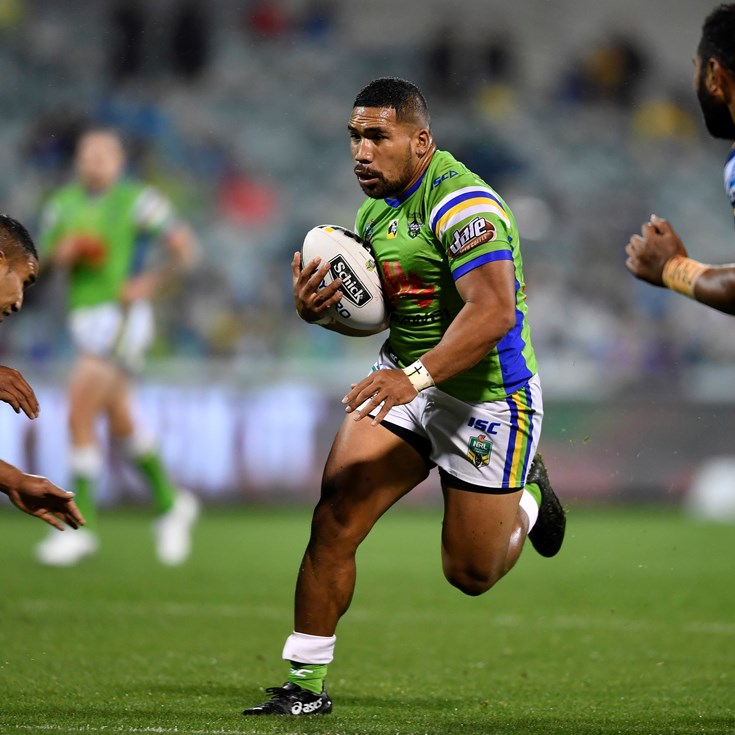 Vote Now: Man of the Match Round 6