All the key statistics and numbers are here from Friday's clash against the Penrith Panthers at GIO Stadium.

It was a night to forget for the Raiders as they went down to 23-22 late on.

The mountain men had most of possession throughout the contest with 58% in total compared to Canberra's 42%.

The Raiders will be looking to improve on their completion rate this weekend as they managed 24/37 (65%) while Penrith had 31/37 (84%). The visitors also completed more offloads with five in total compared to the home side's one.

The Panthers also conceded more penalties throughout the contest with nine compared to six. The Raiders made a total of 16 errors during the contest while the Panthers managed 7.

Jack Wighton led the way for most metres run with 147 in total. Josh Papalii managed the most amount of post contact metres with 46 in total.

Luke Bateman was outstanding in defence. The versatile forward suffered a nasty cut to his head early on and stayed on the field to make a total of 50 tackles in 73 minutes.

Sia Soliola was also phenomenal as he made a total of 45 tackles. 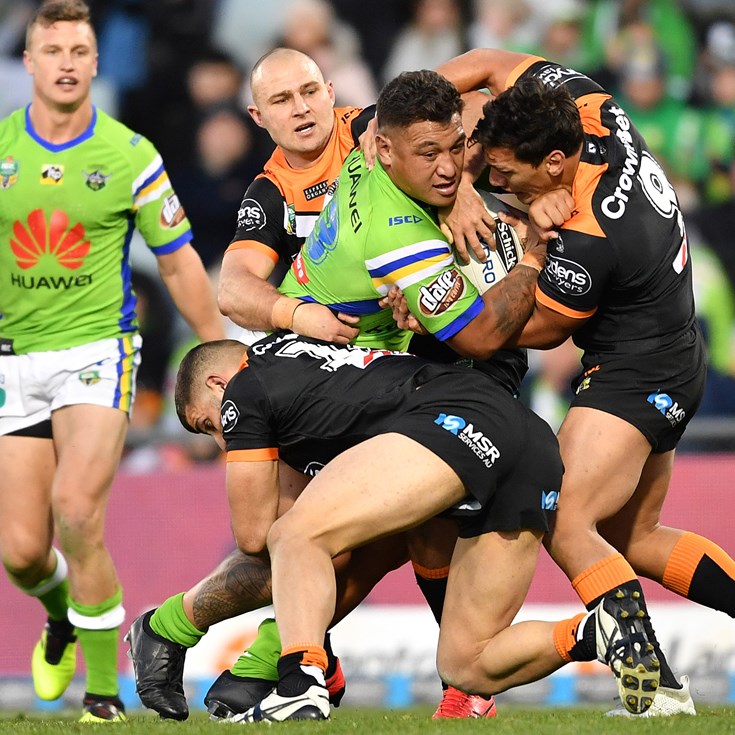 Josh Papalii Re-Signs with the Raiders