Who could ever forget Tonga's captivating run at last year's World Cup?

Trailing 20-0 with seven minutes remaining of the semi-final against England, Mate Ma'a charged home with three converted tries and were on the attack again when Andrew Fifita appeared to be stripped of possession by England back-rower Elliott Whitehead before regathering and diving over for what would've been a match-winning try.

With Fifita ruled to have knocked the ball on several Tongan players were left in tears as a dream World Cup campaign came to an end.

Fifita will be there for Saturday's clash with Toa Samoa, as will fellow NRL stars Michael and Robert Jennings, Jason Taumalolo, Will Hopoate and Daniel Tupou.

Samoa reached the quarter-finals of the 2017 World Cup where they were knocked out with a 46-0 loss to eventual champions Australia.

Lining up for the Samoans will be NRL players Anthony Milford, Mason Lino, Tim Lafai, Sam Kasiano and Tyrone May among others.

Key match-up: Tonga has plenty of talent and size but the Samoans probably feel they have a decided edge with Milford and Lino in the halves. Milford is having a quiet NRL season compared to some of his previous campaigns, but he looms as a match-winner if Samoa can keep it close down the stretch. Lino will be relishing the opportunity to playing a leading role after impressive performances as a back-up to Warriors star Shaun Johnson.

For Tonga to win: The likes of Fifita, Taumalolo and Peni Terepo have to take charge up front and be ready for endless heavy collisions with a Samoan pack that will be eager to stamp its authority. If Mate Ma'a win the battle of the big fellas they should have too much speed and skill out wide.

For Samoa to win: As usual size and strength will be a big part of Toa Samoa's game plan. Players like Kasiano, James Gavet, Dunamis Lui and Isaiah Papali'i need to make regular inroads in the middle of the field, while Milford, Lion and Tyrone May have to shoulder a lot of responsibility in the playmaking department.

And another thing: Whatever you do on Saturday, don't miss the pre-game war-cry rituals of the Tongans and Samoans. Similar to the Haka, both teams have their own unique routines with strong cultural ties going back centuries. The Tongans perform the Sipi Tau, while the Samoans' war-cry is known as the Siva Tau. There is a memorable YouTube clip of their stirring pre-game display when these traditional rivals squared off at last year's World Cup. Spine-tingling stuff.

Steve Turner's prediction: Tonga were the story of the World Cup, while Samoa were very disappointing. Tonga will once again be led by Andrew Fifita and Jason Taumalolo who are arguably two of the best forwards in the game at the moment. Anthony Milford is the star for Samoa and a lot of responsibility will fall on his shoulders, but their opposition have too much class and will be too strong on Saturday night. TIP: Tonga by 10

Get your tickets to Saturday's Pacific Tests at Campbelltown Sports Stadium 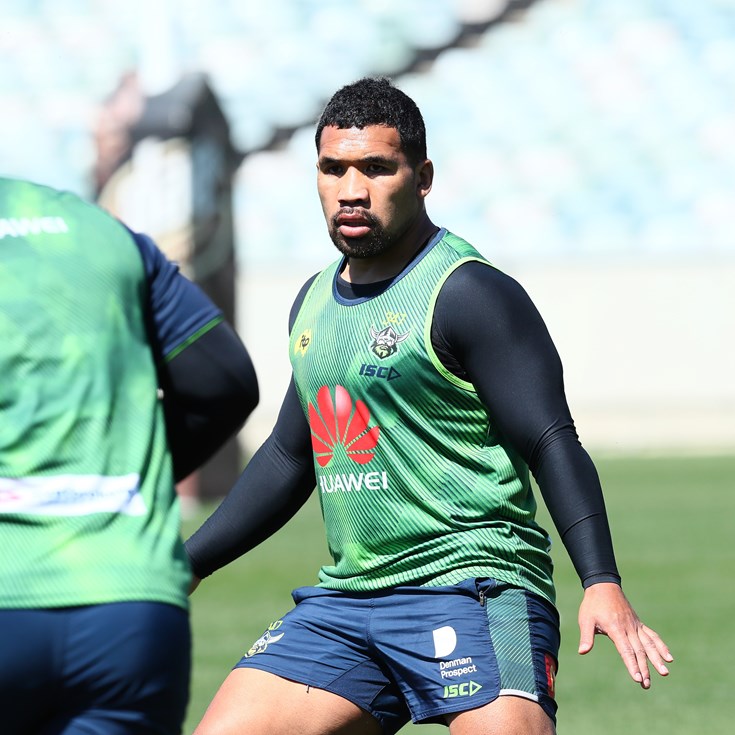 Report and Highlights: Tonga shows its class against Samoa