What a Sunday afternoon blockbuster double to look forward to - the Raiders taking on the Roosters followed by the Rabbitohs facing the Storm at Gosford.

The Raiders have passed almost every test this season, but they failed at their first crack at the Roosters in round nine's Magic Round in Brisbane and will be relishing the chance to play them on home turf.

The Roosters remained in the top four with last week's rout of the Titans and can't afford to take their foot of the gas.

Raiders: Canberra are 1-17 after making Joey Leilua and Emre Guler the final cuts from their squad. Nick Cotric returns from suspension, while Ryan Sutton is back from a calf injury and takes Guler's spot on the bench. Leilua will have to wait at least another week to make his return from the neck injury which has sidelined him since round seven. Sam Williams and Oldfield were cut from the reserves on Saturday.

Roosters: Zane Tetevano has won a late promotion to the starting side with Isaac Liu dropping back to the bench but otherwise the visitors are 1-17. Matt Ikuvalu and Lachlan Lam are the final cuts to the match-day squad. Jared Waerea-Hargreaves returns from suspension. No other changes to the team that beat the Titans 58-6. Lindsay Collins and Drew Hutchison were omitted from the squad on Saturday.

Charnze Nicoll-Klokstad v James Tedesco. The potential signing of the year against the best fullback in the world. The tussle between these two metre-devouring custodians is a nice sub-plot to a juicy top four clash.

It's no surprise the Raiders have conceded the second-fewest points in 2019 when you watch how committed they are defensively. But while their defence will have to be extra strong on Sunday, they can't get bogged down in an arm wrestle. The Raiders are also one of the top attacking teams and need to keep the Roosters guessing from start to finish.

For the Roosters to win

The premiers better ready themselves for a finals-like atmosphere in the nation's capital and also should prepare to face a fired up Raiders team seeking redemption after the Roosters prevailed 30-24 in round nine. The Chooks must win the battle of the forwards, while the Cronk/Keary combo has to provide astute game management.

The Raiders have a chance here to make an even bigger statement than they made against the Panthers a couple of weeks back. This is a big test for them. I look forward to seeing how tough the Raiders can play against a side like the Roosters who are very physical and don’t miss many tackles. It is a great chance to sit there and see just how exciting the finals could be. Josh Hodgson is the key for Canberra and Luke Keary the key for the Roosters. Roosters by 2

It's been 25 years since the Raiders last won a premiership or even played in a grand final. The club's most successful era was the late 80s and early 90s when it won titles in 1989, '90 and '94. Coach Ricky Stuart was the halfback and the team featured some of the game's greats like Mal Meninga, Laurie Daley, Brad Clyde and Glenn Lazarus. The Raiders were hoping to break their premiership drought when they finished second on the ladder in 2016. This season they have another great opportunity to finally make it back to the big dance. 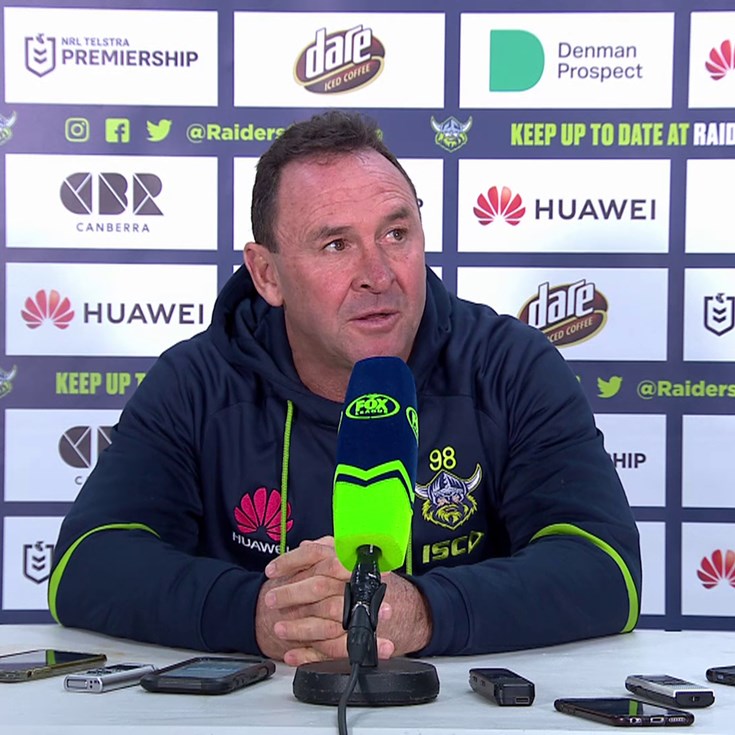