The Mounties were able to hold defeating the Blacktown Workers Sea Eagles 30 - 26 in a tight finish at GIO Stadium on Saturday afternoon.

Michael Oldfield opened up the scoring for the Mounties six minutes in, making an easy run through a gap in the Blacktown defense from 20 metres out.

Three minutes later and it was the Blacktown Workers who were able to come up with the next try. Jade Anderson made a lucky break down the side line to put his side in great field position assisting Tim Simona to cross the line just moments later.

In an odd fashion, Mounties halfback Brendan O’Hagan kicked a loose ball towards the wing which was pounced on by Tony Satini to extend their lead.

The Mounties continued with their momentum scoring five minutes later through five-eighth Sam Williams taking their lead to 14 – 4.

The contest was quite physical and fairly even in what was starting to feel more like a tennis match, but it was the Mounties who were eventually able to wear down the Blacktown defense.

Mounties Royce Hunt was almost untouched as he bolted through a gap in their defensive line to score 32 minutes into the game with Tony Satini also crossing for the Mounties in the right corner just moments later.

The Mounties went into the sheds in the half time break leading 26 – 4 from an impressive start.

The Blacktown Workers Sea Eagles had a rough start to the second half, with the kick off going out on the full giving the Mounties an early advantage.

When kicking on the last tackle moments later, the visitors yet again kicked the ball out on the full giving the Mounties every opportunity to score.

The Mounties were unable to capitalize on their advantage, and Blacktown were lucky to escape with the help of a penalty getting them out of trouble.

Their defensive efforts were eventually rewarded when Tyler Cassel crossed the line for the Blacktown Workers Sea Eagles six minutes into the second half.

The visitors were hungry to get back into the competition with back to back tries from Tyler Cassel and Jade Anderson in a matter of minutes to take the score to 26 – 20.

With 15 minutes remaining and only a converted try the difference, it was anyone’s game, but it was through Blacktown’s Tyler Cassel’s third try of the day that leveled the scores setting up an exciting finish.

Mounties Sebastian Kris was able to storm through the visitors’ defense with a strong run to extend the Mounties lead to 30 – 26 with just 10 minutes remaining.

Less than a minute remained and Blacktown’s Cade Cust was sent to the sin bin, but the siren soon sounded having no effect on the game.

The Mounties finished 30 – 26 over the Blacktown Workers Sea Eagles. 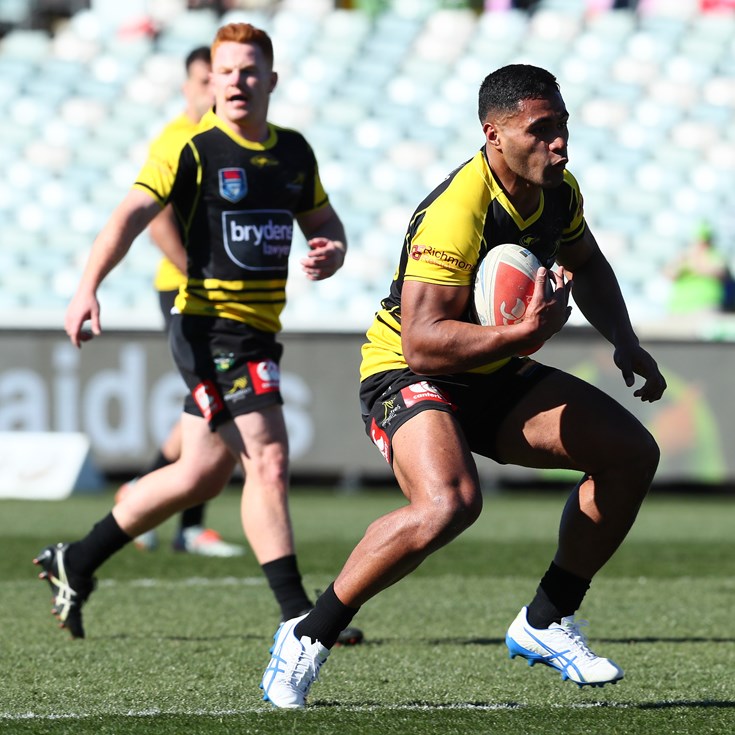