Wests Tigers coach Michael Maguire declared he was "sick and tired of the ups and downs" after his side's shock loss to the Titans and wants an immediate response against fourth-placed Canberra.

The Raiders also have a point to prove after being soundly beaten by Newcastle last Sunday, with some commentators questioning if complacency had crept in following a big win over Melbourne.

Adding to the intrigue of the clash is the fact that Joey Leilua will face Canberra for the first time since leaving during the pre-season.

Wests Tigers: The Tigers are 1-17 as named on Tuesday. Michael Maguire has rung the changes after last week's loss to the Titans with Robert Jennings, Benji Marshall, Luke Garner, Oliver Clark and Billy Walters making way. Marshall and Garner were trimmed from the extended bench on game day and Billy Walters and Corey Thompson were the two players omitted 24 hours before kick-off.

Raiders: Young lock Corey Horsburgh has a case of gastro and will not play. Sia Soliola (No.16) moves into the starting side. Jordan Rapana starts on the wing, Bailey Simonsson moves to the bench and Ryan Sutton comes into the squad.  Tom Starling and Kai O'Donnell dropped out of the playing squad an hour before kick-off and Matt Frawley and Michael Oldfield were the two players left out on the eve of the match.

Young hooker Harry Grant has been most impressive since joining the Tigers, but he's got a stern test coming up against the masterful Josh Hodgson. A bit of creativity around the ruck, especially with the new six-again rule, could be the difference. 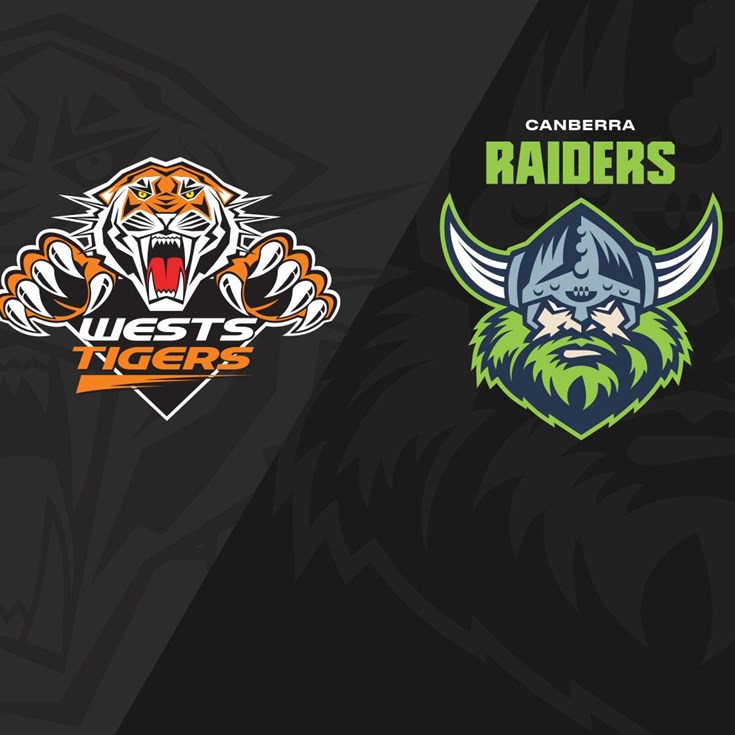