Round three of the Blumers Lawyers Canberra Raiders Cup is this weekend, with some great matches in store.

The Yass Magpies and Tuggeranong Bushrangers will do battle in this week's match of the round.

Both sides are coming off round two losses, so will want to turn that around on Saturday.

The Yass Magpies had a tough first hit out against the Queanbeyan Blues, but Magpies centre Willie Peace says that it was a good opportunity to play the benchmark team.

"To play them first it was just good to see where they're at and where we need to be," Peace said.

"We had quite a few mistakes in that second half. Once we complete sets and control the ball, we should be sweet"

The Bushrangers will be dangerous, but Peace says if they focus on their strengths and game plan, it'll go a long way to winning.

"It's going to be a tough match, they've got some big boys," Peace said.

"We know we're not the biggest team in the comp but what we lack in size we are happy to make up in other areas. So fingers crossed we get the ball rolling in terms of executing our game plan."

It will also be Yass' first home game of the year, and they're expecting a lot of support.

"We're expecting a big crowd of local supporters to support the boys, so fingers crossed we get the result for the them and the club," Peace said.

The Tuggeranong Bushrangers came close to pulling off a stunning comeback win in their clash against the Rams.

Bushrangers second-rower Jacob McGrath says that the effort areas and one percenters let the side down last week, and is something they've ben working on at training.

"It's all about effort. Like Yass, we rely on a smaller forward pack so our game is based around that effort," McGrath said.

Niu Mariota has been a great addition to the side, bringing extra size and power to Tuggeranong's forward pack.

Hooker Cooper Purcell has also been a great inclusion, with McGrath pleased with how his is going.

"It's been great having a bit of go-forward at hooker," McGrath said.

"His experience too helps us out heaps."

Looking to make it two wins in a row, the Woden Valley Rams take on the Queanbeyan Kangaroos at Phillip Oval in round three.

The Rams claimed a tight 26-22 win over the Tuggeranong Bushrangers last weekend. Woden had to come from behind twice throughout the match, with some excellent team and individual tries.

The Queanbeyan Roos lost to the Goulburn City Bulldogs 44-30 in their round two clash, and will want to keep building on their performance.

The Roos fought hard throughout the match, and will be happy with the 30 points they notched up.

The Queanbeyan Blues face perhaps their toughest test so far when they take on the Goulburn City Bulldogs at home.

Both sides are undefeated, having recorded big wins last weekend.

The Blues attack has been slick and dangerous, notching up 92 points across two games. Despite losing Terry Campese, the Blues spine hasn't missed a beat, with Christino Manuolevao stepping into the halves last weekend and picking up three Best and Fairest points.

The Goulburn City Bulldogs defeated the Queanbeyan Roos 44-30 in round two. The Bulldogs got off to a great start in that game, scoring two tries in the first 11 minutes. They will need to start strong again this weekend against the Blues.

Goulburn co-coach and second-rower Jesse Martin has been in excellent form, with two man of the match performances in his first two games.

New recruit Ryan Griffin has also looked dangerous in the first two rounds, scoring a double last week against the Roos. The hooker will again look to catch players off guard around the ruck.

The Gungahlin Bulls will look to continue their winning streak when they face the West Belconnen Warriors on Saturday.

The Bulls had a hard fought 40-22 win over the Belconnen United Sharks last weekend. Gungahlin were ahead 28-16 with ten minutes to go, before the Sharks scored to get within six points.

But the Bulls proved too good, scoring two late tries to win by 18.

The Bulls attacking brand of footy has been exciting to watch, led by the halves pairing of Jordan Williams and Tre Holten-Williams. The brothers have been in excellent form, along with fullback Tristan Eldridge.

The West Belconnen Warriors are coming off a bye last week, so should be feeling fresh heading into the game.

The Warriors have a young side, and they would've taken a lot out of their round one loss to the Bulldogs. Defence will be key, shutting down the Bulls dangerous spine. 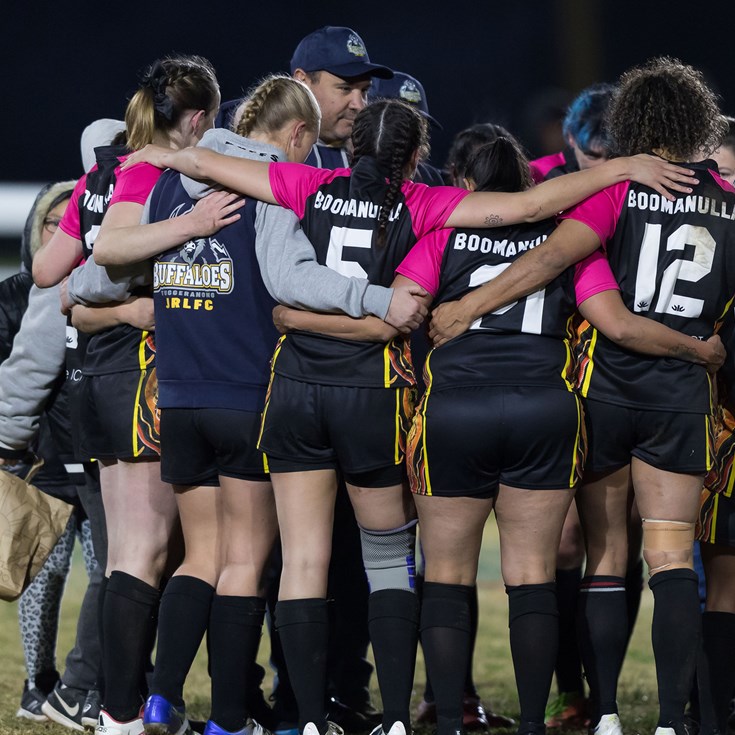