The GTS Ladies League Tag side defeated Woodbridge Cup 48-10 in a comprehensive win at McLean Oval.

Woodbridge Cup were first on the scoreboard, with Sarah Archer scoring a four-pointer.

But from there the GTS side's attack really clicked into gear, running in eight straight tries. Woodbridge got two tries back through Jada Trapman and Molly Hoswell to make it 42-10, before Harden's Clare Smith scored the final try of the day for GTS.

Harden's Georgia Smith finished the game with a hat-trick, while Clare Smith and Jayde Della both scored doubles.

Kody McGlone and Grace Smith were the other try-scorers for GTS, with Emma James kicking six goals.

The George Tooke Shield Men's side came from behind twice to claim a 24-22 victory over the Woodbridge Cup representative side in Harden.

The GTS side were down 22-10 before scoring three unanswered tries to claim the win, with Cootamundra's Jordan Ballard kicking the winning conversion.

Woodbridge Cup started well, jumping to an 8-0 lead after tries to Blaise Fuller and Zac Reimer. George Tooke hit back with Ballard and Dylan Arabin both scoring and Ballard kicking a goal to put his side in front 10-8.

The momentum then swung to Woodbridge Cup, with Mitch Gallagher, Reimer and Hayden Robinson all grabbing four-pointers. Five-eighth Adam Hall converted one try, giving them a 22-10 lead.

But the GTS side weren't done with yet, with Boorowa winger Austin Power scoring two quick tries to bring his side within four points.

Arabin scored the equaliser for the George Tooke side, with Ballard kicking the conversion to seal the win. 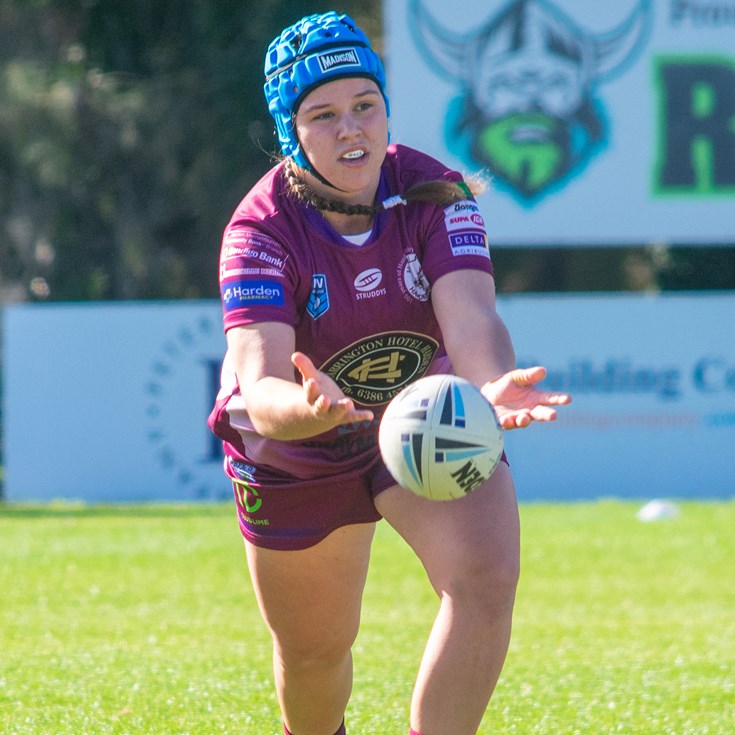 Around the Grounds: Saturday 15 May