The Canberra Raiders return home to GIO Stadium at 5:15pm this Saturday to take on the Blacktown Workers Sea Eagles in round 14 of the NSW Cup.

After a thrilling 20-10 win over the Newtown Jets last weekend, the Raiders will be hoping to make it back-to-back wins come Saturday afternoon.

The Sea Eagles sitting just below the Raiders on the ladder and are hot on their heels so it is crucial that the men in green win to improve their position on the ladder.

Raiders back-rower, Kai O’Donnell has been impressive for the Raiders this season, and with an outstanding performance last week scoring two tries and running a total of 127 metres, O’Donnell is one to watch come Saturday as he looks to continue his impressive form and force himself back into NRL calculations.

O’Donnell has also proved to be a versatile player, rotating between the second row and hooker throughout the season. His strength and ability to read the opposition in attack and defence will be vital come Saturday as he leads from the middle.

The weekend won’t be easy for O’Donnell as he faces Sea Eagles second rower Dane Aukafolau who stands at 194cm tall. Aukafolau has proved he isn’t afraid to find the line, scoring an impressive three tries in his last four appearances.

O’Donnell’s game fitness will be crucial on Saturday, as he will need to work hard through the middle of the park, and especially if he wants to conquer the challenging attack of Aukafolau.

Raiders young gun Trey Mooney finds himself starting in the front row after a solid performance in lock last weekend.

Mooney managed to run for 164 metres, with 64 post contact metres and two line breaks, all in just 51 minutes of game time in last week’s triumph over the Newtown Jets.

With just four NSW Cup games under his belt, Mooney has proved to be a talented player at just 19-years of age, and with the experience of Hudson Young, Siliva Havili, and Matt Frawley around him, Mooney’s game is only set to improve.

This Saturday Mooney will go head-to-head with prop Terrell May who is a key player for the Sea Eagles. May tallied a total of 218 running metres in their loss last weekend against the North Sydney Bears.

May will certainly be one to watch, but there is no doubt Mooney’s can match his standards and come Saturday it will be a game of confidence between the two. It's sure to be an exciting match-up between two very talented young forwards.

It is the first time the Raiders NSW Cup side has played at GIO Stadium since round three of the competition, and they will hope to secure a win as they raise the curtain for the NRL match against the Brisbane Broncos. 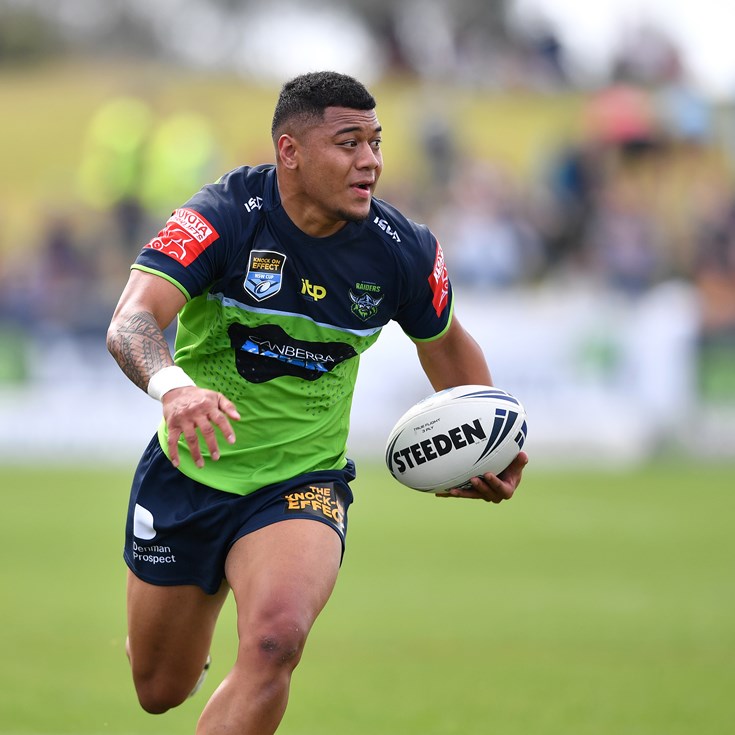 Presented By IRSO Recruitment 6 days ago