The Canberra Raiders have defeated the Blacktown Workers Sea Eagles 30-22 in a great team performance from the green machine.

The experience and effort of Raider’s Hudson Young and Brad Schneider guided the team to an outstanding victory in-front of their home fans at GIO Stadium.

The Raiders went into halftime down two points and were able to come-back and almost hold the visitors scoreless, despite a late second try to the Sea Eagles after the fulltime siren.

The Raiders had the dream start, forcing an error off a wobbly kick off. The Sea Eagles however made up for their early mistake, successfully defending their goal line in the opening set.

The Sea Eagles earned themselves some quality field position where the visitors converted possession into points. Forward Phillip Makatoa caught a short ball and barged over close to the line to open the scoring. Sea Eagles halfback Zane Harris converted to give the visitors a 6-0 lead in the first ten minutes.

The Raiders hit straight back after forcing an error in the opposition half. Winger Xavier Savage went into dummy-half and found the defence off-guard when he ran under the posts to score a Canberra try. Brad Schneider made no mistake converting, levelling the scores to six-all.

Siliva Havili made an outstanding play, charging down a Sea Eagle’s kick to hand it off to teammate Matt Frawley to score under the sticks. Schneider converted to give the green machine their first lead of the night, 12-6 after the opening 20 minutes.

Raiders centre Adam Cook received a great ball from Hudson Young to cross-over in the corner for another Canberra try. The conversion was unsuccessful, giving the Raiders a 16-6 lead heading into the final ten minutes of the first half.

Sea Eagles winger Tolutau Koula scored off a cross-field kick which rebounded off a Raider to gift the visitors a try. Harris converted to edge closer to Canberra’s 16-12 lead.

Sea Eagles captain Brad Keighran fooled the defence when he dummied and ran through to score adjacent to the uprights. The halfback converted his own try to give the visitors a 18-16 lead heading into halftime.

Canberra were the first to strike in the second half where backrower Darby Medlyn ran a beautiful line to score under the posts. Schneider converted once again to re-gain the lead, making it 22-18.

The contest entered an arm-wrestle with both teams trading great attacking sets but goal-line defence coming out on top.

The Raiders broke the deadlock through winger Michael Asomua, who finished off a great team try in the corner to extend the home side’s lead with under 15 minutes remaining. The conversion was unsuccessful with the Raiders holding a 26-18 lead.

The Sea Eagles were on the attack when they spread it wide to an unmarked Koula but, the Raiders defence scrambled to take him over the sideline to hold their eight-point lead.

Raider’s backrower Hudson Young iced the game when he crossed over for a four-pointer in the final minutes to give the home side a 30-18 lead.

The Sea Eagles claimed a try right on fulltime after a successful chip kick landed in the arms of Kaeo Weekes who beat the chasing defence to score out-wide. The conversion was unsuccessful, gifting the Raiders a 30-22 win over the Blacktown Workers Sea Eagles. 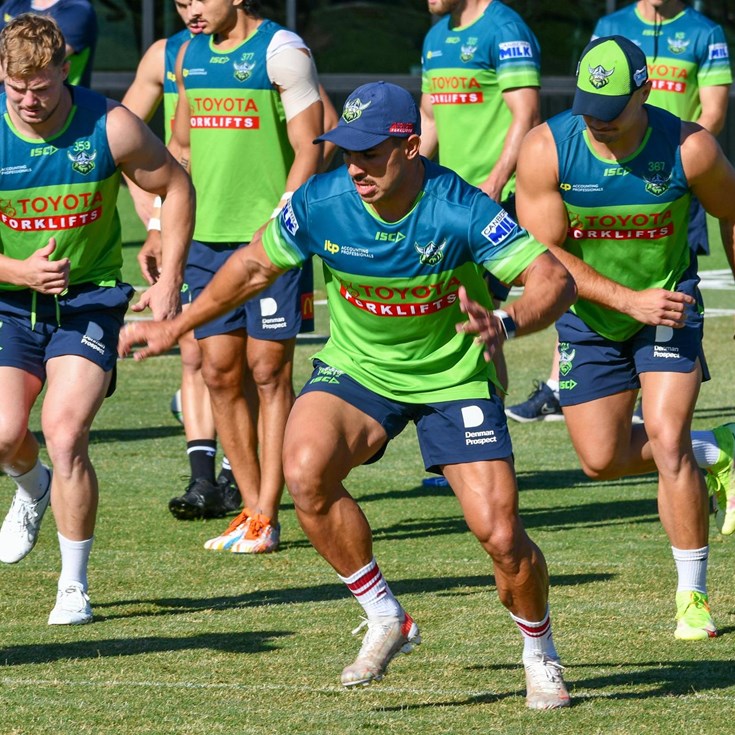