After a washout last round, the Specsavers Katrina Fanning Shield is back this weekend with four teams in action.

The Boomanulla Raiders and Yass Magpies travel to Gunning for their round nine clash this weekend.

Yass will be looking to bounce back from their first loss of the season in round seven, going down 22-6 to the Queanbeyan Blues.

The Magpies are still sitting in first place, just one point ahead of the Goulburn City Bulldogs.

Boomanulla will be keen to get back into some footy, having had two weeks off with a bye and then the washout round.

It's been a tough start to the season for the Raiders, who are yet to win a game so far. Defence will be key for the side this weekend, in order to stop the Magpies dangerous attack.

Boomanulla five-eighth Jacintha Geia has been a standout for her side, and sits on four Best and Fairest points across the first seven rounds.

The last time the two sides met was in round five, with the Yass Magpies victorious on that occasion, winning 42-0.

The Goulburn City Bulldogs will do battle with the UC Stars in Bungendore this weekend in round nine action.

Goulburn have been in great form so far this season, dropping just one game. They defeated the Tuggeranong Bushrangers in their last start, holding on to claim a 12-10 victory.

The Bulldogs boast one of the most dangerous sides in the competition. Their forward pack, led by Olivia Howe, Jennaya Ottaway and Paige Penning, continue to lay a strong platform for the side and allow their outside backs to find some space.

Elly Hazelton has slotted into the halves for the last two matches, joining halfback Lauren Kelly who is the competition's top point scorer with 46 points.

A win could see the Bulldogs finish the round in first place, depending on other results.

The UC Stars will be raring to go, after three weeks off due to a bye and wet weather washouts. Their last start was against Booomanulla in round six, which they won 14-4.

The Stars are currently in fifth place on the ladder, two points behind the Bushrangers in fourth spot. They'll want to start stringing together some wins to make a play for finals in the back end of the competition.

The two sides played each other at GIO Stadium back in round four, with the Bulldogs proving too strong in that match, winning 50-0. 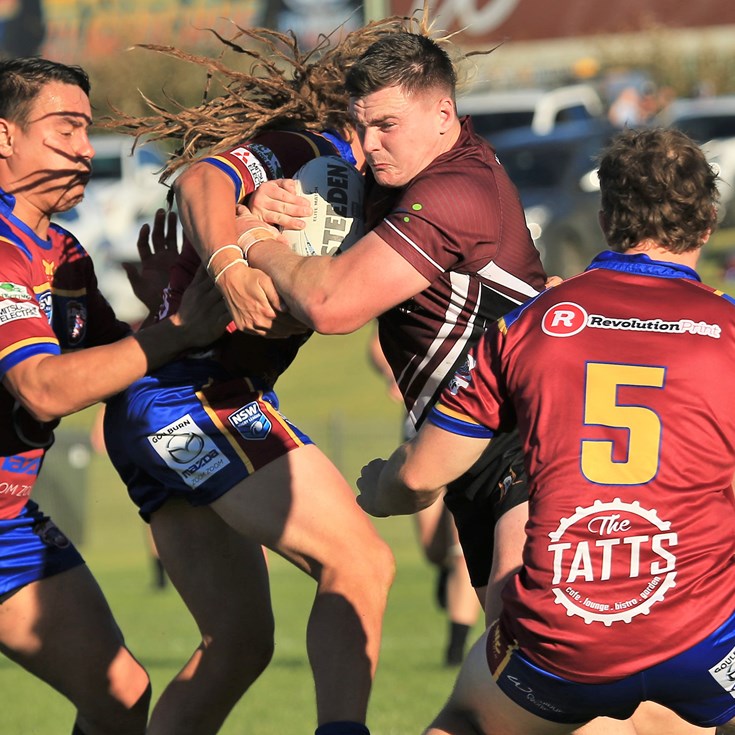