Despite a morale-sapping home loss to the Titans in round 16, Raiders forwards Joe Tapine and Ryan Sutton say it's not too late for the club to go on a run.

At the lower end of a logjam from seventh to 14th, the 13th-placed Raiders are still just a win behind eighth and desperate to get back on the field from a short turnaround to tackle the Turbo-less Sea Eagles this Thursday night.

Tapine admitted things were "a bit quiet" heading into training and video review on Monday while Sutton conceded the group was deeply disappointed at their efforts on Saturday night.

"We had a huge opportunity to go into that game and really propel ourselves to play finals and we didn't do that," Tapine said.

"That's probably the toughest part, that we let ourselves down and we had a big opportunity there and we let it go … we have to play hard for the rest of the season and try and prove some stuff to ourselves."

Blues on the move

He believed the premiership window for the squad, which still includes 13 of its 2019 grand final 17 including himself (and a total of 19 of the 2019 squad members all up), is well and truly still open.

"Definitely; we just need to bond better and play better together, find that spark again and make a run," he said.

"Whether it's this year or next year or the following, we just need to knuckle down and do the hard work.

"I don't know what's happened or what's going on (causing the current slump) but we just have to get back to what we were doing and it's just not happening at the moment."

"Obviously very disappointed with the result we've thrown up at the weekend," Sutton said.

"We started well, put ourselves in a great position to do something. We were down a try then I thought we defended really well, got good line speed and were attacking well then they had a good play off the kick-off and then it was a rolling effect after that.

"We couldn't get back into the game and this game now, it's a massive momentum game and if you don't get that momentum back you end up getting performances like that."

The fire within the group to succeed is as fierce as ever though, he added.

"We're the most competitive bunch of people you'll ever meet in your life at the Raiders," he said.

Every try from Round 16

"We know the position we're in at the minute, we know we're not playing well and it's upsetting us. If anything it's probably getting too much on us, I think we look at it too much that we're on a downhill run at the minute but it only takes one game to get back on that run. One or two games. 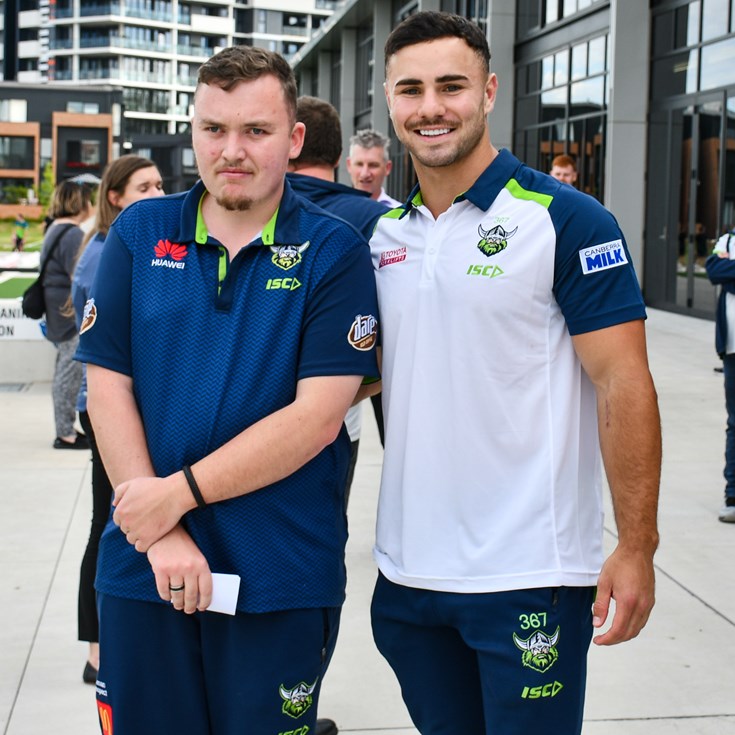