James has been part of the Harden league tag side since 2015, and picked up her first Best and Fairest medal in 2017.

James says that it is really special to win the award this year alongside her teammates.

"It's such an honour to win this award, and a great personal achievement. It's such a great honour to represent my family and my club," James said.

"I definitely didn't think I'd win one let alone four, there's a lot of great talent in our competition so definitely pretty proud to win four of these great awards."

The Hawkettes went through the 2021 competition undefeated, scoring 490 points and claiming the minor premiership.

As captain of the side, James says that she was really proud of the effort of her teammates.

"It was disappointing we couldn't go into the finals series together but I'm always proud of the girls and the effort they put in," James said

"Where we finished this season, on top, undefeated and minor premiers, is another great achievement for us as a team."

James has recently become an NRL Game Development Officer in the South-West region, which covers the Wagga, Griffith and Albury areas. Under the role, the Officers promote rugby league from a grass roots level, supporting schools and clubs in growing participation levels.

James says that while it's been difficult this year due to COVID-19, she's looking forward to get back into it next year.

Being a role model and seeing all the passionate kids at the schools and clinics is something that James loves about the job.

“That was a part of the job I was really happy about. Obviously being female myself and being a part of the participation levels of women’s rugby league and also league tag growing around our local area, which is a good thing to be a part of,” James said.

The pathways within league tag is an area that has grown greatly in the past few years, with things changing a lot since James was coming through the ranks.

“I played soccer for a long time from when I was little. We didn’t have the opportunities for league tag then so I just kept playing soccer. But then you get too old and can’t play soccer in juniors anymore, so that was when I moved over to League Tag,” James said.

“I’ve been part of the Harden league tag side since it started, one of the originals. To see the change in the game and the interest amongst the local kids has been amazing. Not even just locals but in all the different towns that I’ve been to, how big the women’s side of things is growing.

The Harden side have also had a few juniors join the side this year, which James says has been valuable.

“There are a couple of new girls that have come up from juniors, three or four of them, which is really good. They’ve just slotted into the team, they do their job and they definitely add some new skills and things to the team too which is always good,” James said.

This year also saw the return of George Tooke Shield representative games, an important opportunity for senior players to showcase the competition and play at a higher level.

James was one of seven Harden players in the side this year, and said it was a great to be involved in it.

“I always look forward to it, it’s always good to jump into a team with girls you haven’t played with before and play at that next level against girls that you don’t know what to expect,” James said.

Female participation represents the fastest growing segment in the sport with 15% growth over the past few years, as opportunities continue to grow for female players. However, we still all need to play a part in accelerating the path to a level playing field. 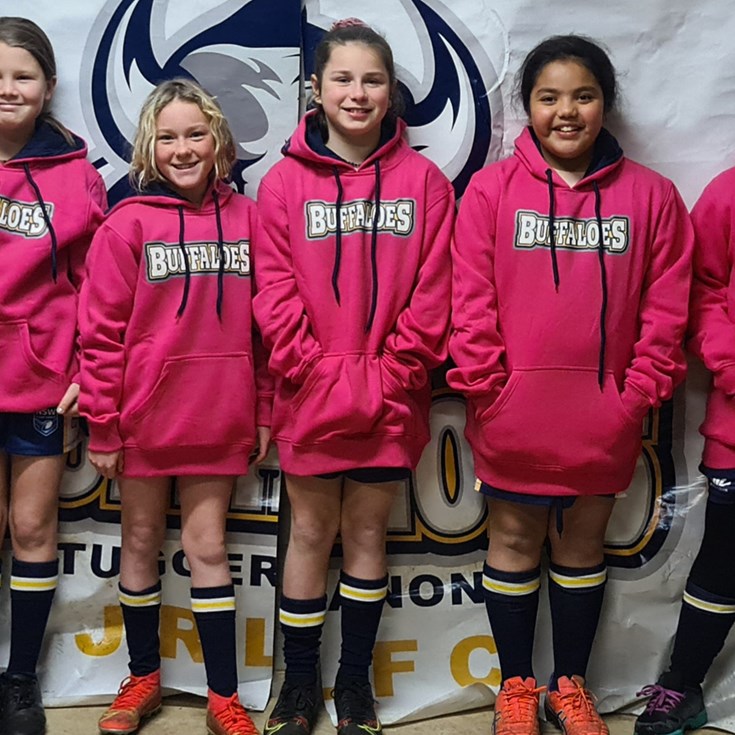