This year's McIntyre Medal Presentation night will be held as a virtual event for the first time, due to the current lockdown and public health orders.

The event will be held on Tuesday 5th October at 7pm, with audiences able to watch the presentation live on our Facebook page.

The video will then be available to watch on our CRRL website directly after the live presentation has finished.

The McIntyre Medal event celebrates all the wonderful achievements of our players, coaches and volunteers, and is always a special night.

30 individual awards will be presented, as well as the club championships from the Canberra Raiders Cup and George Tooke Shield.

Monaro Representative Players of the Year awards were awarded by the coach.

See below for a full list of awards which will be presented on the night:

DON FURNER - played for Queensland and Australia and went on a Kangaroo tour. He coached Eastern Suburbs in the Sydney competition and the Queanbeyan Blues along with other country teams. Coached Australia from 1986-88 and of course, was the Raiders inaugural coach.

LEE DONNELLY – initially a committeeman with Woden Rams and then became involved in Group administration, eventually being awarded Life membership of the old Group 19 for his services to rugby league. Was heavily involved in publicity and the media for rugby league.

MAREE BUSH – A talented League player who played with a number of clubs and specialised in helping establish new clubs into the competition. Represented the ACT with distinction and then became an influential administrator

GRAHAM WILLARD - Graham is a respected local coach who won multiple premierships in women’s rugby league here in Canberra, especially with the Woden Rams. Graham was the first coach of the Jillaroos, the Australian Women’s Rugby League Team in 1994.

GAVIN MILLER – A Goulburn product who began and ended his career in Goulburn. He went on to play three Test matches for Australia, five matches for NSW and 214 First Grade games, plus a stint in English Super League.

NOEL BISSETT -  Former NSWRL referee and CRRL Chairman Noel Bissett officiated 275 Group 8 matches including 11 grand finals. Bissett is a life member of the Canberra Raiders and was also the president of the Canberra/Monaro – Men of League charity. He was awarded an Order of Australia in 2013.

STEVE HEWSON – Played for Monaro, NSW Country and NSW and was the 1975 Country Player of the Year. He is now involved in developing the overall strategy for NSW Wheelchair Rugby League, and in previous years has coached the Wheelaroos and NSW Wheelchair State of Origin teams.”

PHIL STONHAM – Long representative career with Monaro and Canberra Region and country Player of the Year in 2004.

Women's Representative Player of the Year

DON ELPHICK - Played an instrumental role in the formation of the
Canberra Raiders and is a life member at the club. 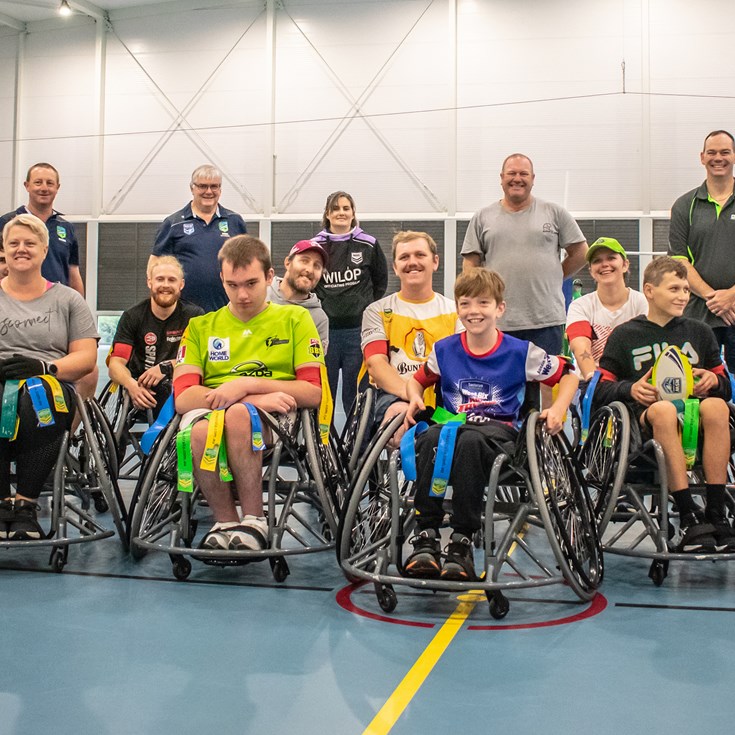