Raiders coach Ricky Stuart has praised the depth in his forward pack while also talking of his admiration for his captain Jarrod Croker and what he brings to the club on and off the field. The Raiders coach is also expecting a tough physical encounter when his side face the Panthers tomorrow night. Brought to you by Toyota Forklifts. 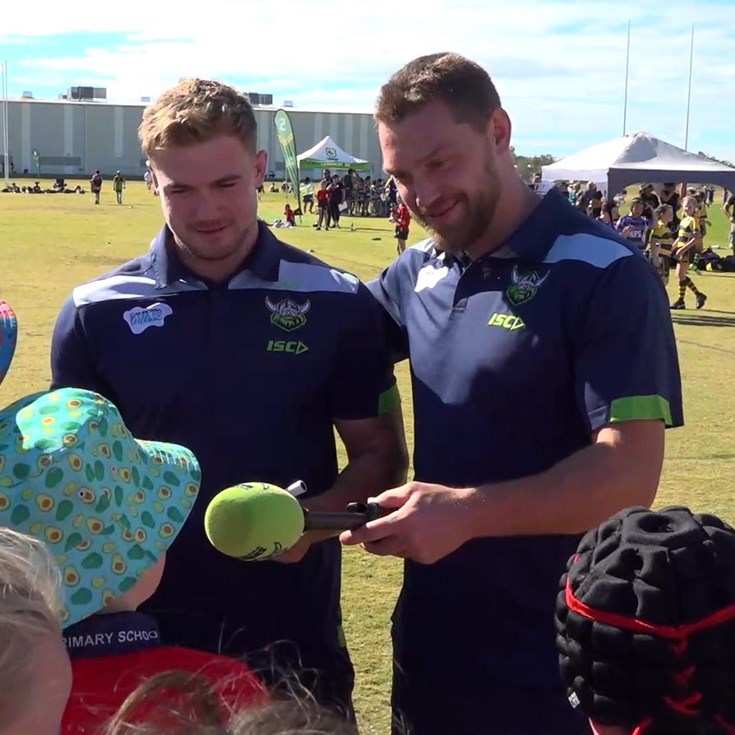 A tribute to Raider 326 Sia Soliola