Round three of the Specsavers Katrina Fanning Shield takes place this Saturday, with all games being played at Raiders Belconnen in the KFS’s very own Magic Round.

Match of the Round: Harden Worhawks v UC Stars, 2pm Saturday 15 May at Raiders Belconnen

The Katrina Fanning Shield’s magic round will be headlined by a clash between the Harden Worhawks and the UC Stars. Both teams will be looking to get their first win of the season.

After a bye in round one, Harden went down to Yass Magpies 64-0 in round two. Harden will be looking to find a spark in attack against the Stars.

The UC Stars were also defeated by the Yass Magpies 52-0 in round one. The Stars, like Harden, will want to improve on both sides of the ball.

The Stars are coming off a bye, and the week off will have given them time to work on their game. Both teams will be ready to throw everything at each other to get their first win in the KFS.

Look out for the mother-daughter combination of Mellissa Ings and Hunter Ings lining up for the Worhawks.

Catch all the action live and free on our Facebook page.

Tuggeranong and Boomanulla open the Katrina Fanning Shield Magic Round in an exciting clash, with both teams will be looking for their first win of the season.

Tuggeranong took it to competition heavyweights Queanbeyan in round one but eventually went down 24-12.  The Bushrangers will take a lot out of that game and will look to go one better against Boomanulla.

A win in this game will give Tuggeranong four points on the ladder, as they have their bye next week.

The Raiders only played with 13 players against a full-strength Blues side and showed tremendous courage and resolve. Hopefully, this week they’ll get a boost in numbers to give themselves a better chance to win.

In a top of the table clash, both the Queanbeyan Blues and the Goulburn City Bulldogs will look to make a statement with a big win on Saturday.

Goulburn will be raring to go after a forfeit last week meant they didn’t get on the field. A 52-0 win over Boomanulla in round one showed off the Bulldogs ability to play great attacking footy.

Goulburn’s fullback Krystal Blackwell will be one to watch after she scored a fantastic hat-trick in round one.

Queanbeyan are coming into round three on the back of two straight wins. The Blues put on an attacking clinic in their 62-6 victory over Boomanulla in round two.

Payge-Louise Condon has been a standout for the Blues, providing first-class service from dummy-half to get her team consistently on the front foot. Her combination with halfback Taylor Galjaardt has got the Blue’s attack looking fast and fierce. 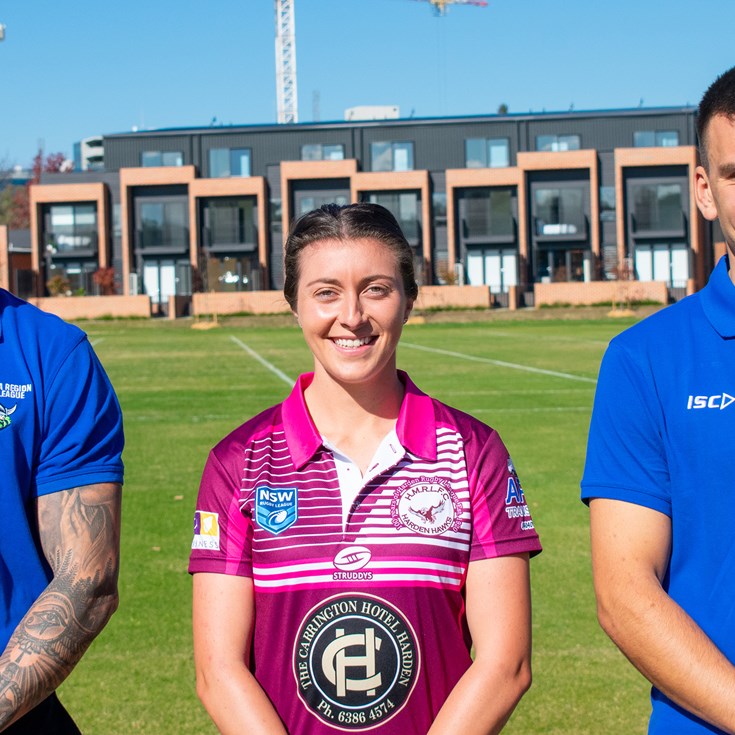